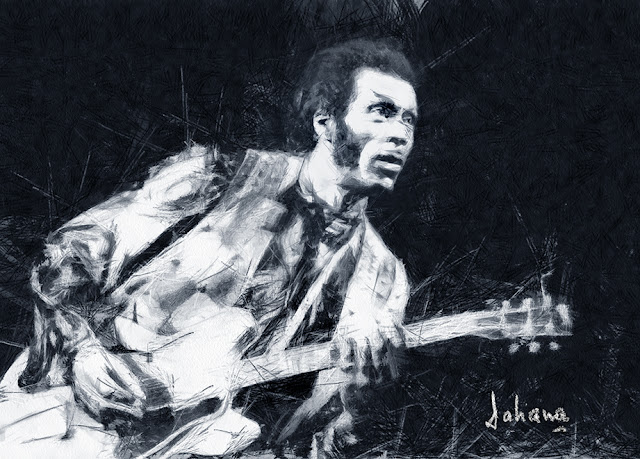 Chuck Berry, who with his indelible guitar licks, brash self-confidence and memorable songs about cars, girls and wild dance parties did as much as anyone to define rock ’n’ roll’s potential and attitude in its early years, died on Saturday. He was 90.

While Elvis Presley was rock’s first pop star and teenage heartthrob, Mr. Berry was its master theorist and conceptual genius, the songwriter who understood what the kids wanted before they knew themselves. With songs like “Johnny B. Goode” and “Roll Over Beethoven,” he gave his listeners more than they knew they were getting from jukebox entertainment.
His guitar lines wired the lean twang of country and the bite of the blues into phrases with both a streamlined trajectory and a long memory. And tucked into the lighthearted, telegraphic narratives that he sang with such clear enunciation was a sly defiance, upending convention to claim the pleasures of the moment.
more

A fine tribute to this amazing performer.