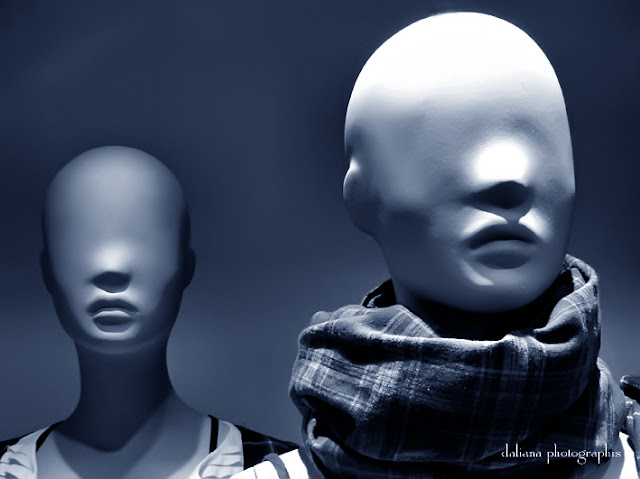 “When I went on anyway, my body began to grow cold, and I thought I
was dead. Face pale, my dead self sat down on a bench and began to turn
toward my real self, who was watching this hallucination on the screen of the
night. My dead self came nearer, just as if it might want to shake hands with my
real self. That's when I panicked and tried to run. But my dead self pursued me
and finally caught me, entered me and controlled me. I'd felt then just the way I
felt now. I felt as if a hole had opened in my head from which consciousness
and memory leaked out and in their place the rash crowded in, and a cold like
spoiled roast chicken. But that time before, shaking and clinging to the damp
bench, I'd told myself, Hey, take a good look, isn't the world still under your
feet? I'm on this ground, and on this same ground are trees and grass and ants
carrying sand to their nests, little girls chasing rolling balls, and puppies running.”
― Ryū Murakami, Almost Transparent Blue

This is a story about a bunch of disaffected Japanese youths who waste their time with gratuitous sex, drugs and violence. ‘Almost Transparent Blue’ is the other Murakami’s debut novel which was received to critical acclaim and won the coveted Akutagawa prize. It is also one of the must read books on the 1001 list. This is not an easy book to read and I’m sorry to say that it’s not as good as ‘In the Miso Soup’, although it has its moments. Favourite bits include the opening chapter and the bit where they are at the American air base during the thunder and lightning sequence.
The strongest aspect of the book is its gross imagery and the unfathomable sadness of lost youth. The characters (of which the narrator shares the same name as the author) are all stuck in their own desolate vacuum of apathy, moving from one moment to the next in a haze of indifference. Murakami’s image of post-war Japan drags the reader down the dark alleyways of an insular and unyielding culture. His characters allow us to penetrate the stereotypical lacquerwork of strong Japanese moral values and gaze at the ‘other japan’, the one that lives side-by-side with Western ideals. This drug-like cocktail is at once fascinating and repulsive.
Maybe it’s just me, but there were times when this novel didn’t make any sense, but then again this is a ‘mood heavy’ book, and there is not a pronounced plotline, so the narrative sort of echoes the tumultuous lives of decadent Japanese youths. This book reminds me of ‘Exit A‘ by Anthony Swofford which had a better storyline and is also set around an American airbase in Japan. Both novels contain a central theme of degeneration and crime, but ‘Almost Transparent Blue’ is decidedly more corrosive and far more bold than Swofford’s offering. ( source )

The photograph is both revealing and startling, and it mates well with the commentary about the novel -- and, probably, with the book itself -- which is why the post elicits the taste of fear within me.

Everything is nicely done, though ....