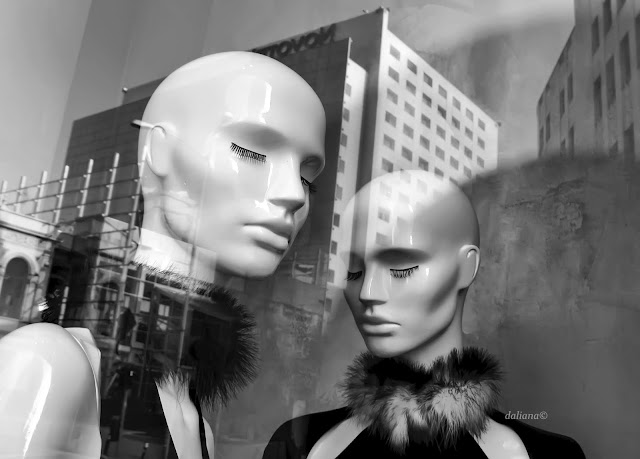 I have become comfortably numb...

Comfortably Numb is one of the best song made by Pink Floyd.
The song is one of Pink Floyd‘s most famous, and is renowned especially for its guitar solos in the middle and at the end of the song.
Is one of the most famous songs extracted from the album The wall. Is a real cornerstone inside the story of Pink (the protagonist of The Wall), because he change his personality from a normal man with the problem of a normal man, to a sort of tyrannic leader that talk to masses that believes in him.


Hello?
Is there anybody in there?
Just nod if you can hear me.
Is there anyone at home?
Come on, now,
I hear you’re feeling down.
Well I can ease your pain
Get you on your feet again.
Relax.
I’ll need some information first.
Just the basic facts.
Can you show me where it hurts?
There is no pain you are receding
A distant ship, smoke on the horizon.
You are only coming through in waves.
Your lips move but I can’t hear what you’re saying.
When I was a child I had a fever
My hands felt just like two balloons.
Now I’ve got that feeling once again
I can’t explain you would not understand
This is not how I am.
I have become comfortably numb.
O.K.
Just a little pinprick.
There’ll be no more aaaaaaaaah!
But you may feel a little sick.
Can you stand up?
I do believe it’s working, good.
That’ll keep you going through the show
Come on it’s time to go.

There is no pain you are receding
A distant ship, smoke on the horizon.
You are only coming through in waves.
Your lips move but I can’t hear what you’re saying.
When I was a child
I caught a fleeting glimpse
Out of the corner of my eye.
I turned to look but it was gone
I cannot put my finger on it now
The child is grown,
The dream is gone.
I have become comfortably numb.
Writer/s: WATERS, ROGER/GILMOUR, DAVID JON
Publisher: Warner/Chappell Music, Inc., IMAGEM U.S. LLC

The story of Comfortably Numb

'Dave Gilmour wrote most of the music while he was working on a solo album in 1978.
He brought it to The Wall sessions and Waters wrote lyrics for it. Gilmour believes this song can be divided into two sections: dark and light.
The light are the parts that begin “When I was a child…,” which Gilmour sings. The dark are the “Hello, is there anybody in there” parts, which are sung by Waters.
This was the last song Waters and Gilmour wrote together. In 1986 Waters left the band and felt there should be no Pink Floyd without him.
Roger Waters wrote the lyrics. While many people thought the song was about drugs, Waters claims it is not. The lyrics are about what he felt like as a child when he was sick with a fever.
As an adult, he got that feeling again sometimes, entering a state of delirium, where he felt detached from reality.

He told Mojomagazine (December 2009) that the lines, “When I was a child I had a fever/My hands felt just like two balloons” were autobiographical. He explained: “I remember having the flu or something, an infection with a temperature of 105 and being delirious. It wasn’t like the hands looked like balloons, but they looked way too big, frightening.
A lot of people think those lines are about masturbation. God knows why.”
Mojo asked Waters about the line, “That’ll keep you going through the show,” referring to getting medicated before going on-stage. He explained: “That comes from a specific show at the Spectrum in Philadelphia (June 29, 1977).
I had stomach cramps so bad that I thought I wasn’t able to go on.
A doctor backstage gave me a shot of something that I swear to God would have killed a f—ing elephant. I did the whole show hardly able to raise my hand above my knee. He said it was a muscular relaxant.
But it rendered me almost insensible. It was so bad that at the end of the show, the audience was baying for more. I couldn’t do it. They did the encore about me.”
A confirmation about this was in a radio interview around 1980 with Jim Ladd from KLOS in Los Angeles, Waters said that part of the song is about the time he got hepatitis but didn’t know it. Pink Floyd had to do a show that night in Philadelphia, and the doctor Roger saw gave him a sedative to help the pain, thinking it was a stomach disorder. At the show, Roger’s hands were numb “like two toy balloons.” He was unable to focus, but also realized the fans didn’t care because they were so busy screaming, hence “comfortably” numb.
He said most of The Wall is about alienation between the audience and band.
Waters and Gilmour had an argument over which version of this to use on the album. They ended up editing two takes together as a compromise.
Dave Gilmour said in Guitar World February 1993:
“Well, there were two recordings of that, which me and Roger argued about. I’d written it when I was doing my first solo album [David Gilmour, 1978]. We changed the key of the song’s opening the E to B, I think. The verse stayed exactly the same.
Then we had to add a little bit, because Roger wanted to do the line, ‘I have become comfortably numb.’ Other than that, it was very, very simple to write.
But the arguments on it were about how it should be mixed and which track we should use.
We’d done one track with Nick Mason an drums that I thought was too rough and sloppy.
We had another go at it and I thought that the second take was better.
Roger disagreed. It was more an ego thing than anything else.
We really went head to head with each other over such a minor thing.
I probably couldn’t tell the difference if you put both versions on a record today. But, anyway, it wound up with us taking a fill out of one version and putting it into another version.”

Great image, and a fine illustration of the song!

The song was the first thing that came to my mine when I saw the title, I can even hear it in my head :) P.S. Great picture choice

I love that photo, and so is the Pink Floyd song, excellent.

I love Comfortably Numb by Pink Floyd! Congratulation for the post!

I also like the song and the picture is great.

Very interesting photo! The song and the photo definitely fit with each other. I was thinking this is a reflection in a store window? The photo definitely evokes emotion...a sort of angst of being in the hustle bustle of the city...Really well done!