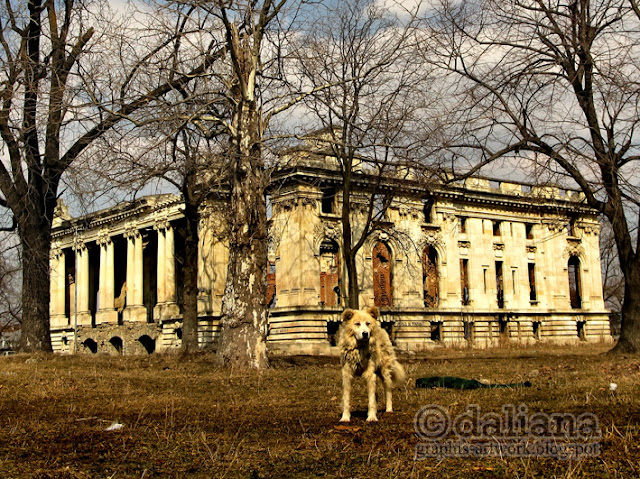 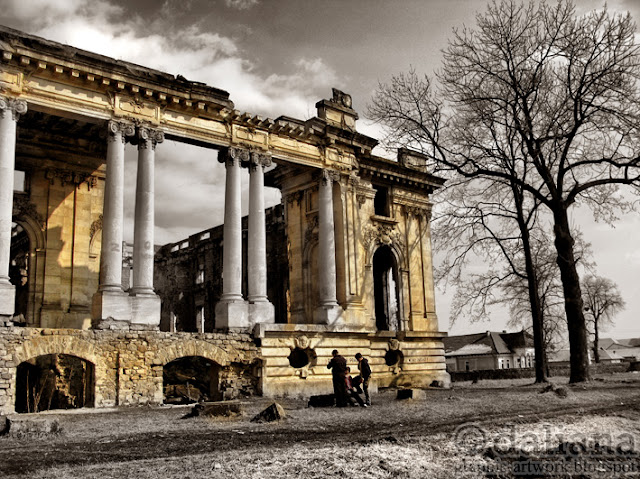 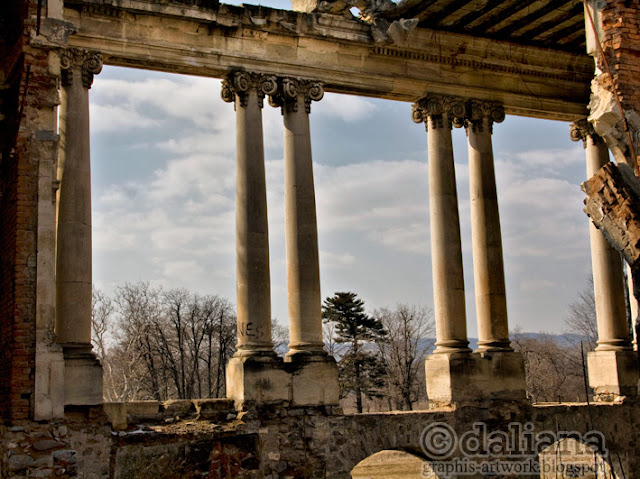 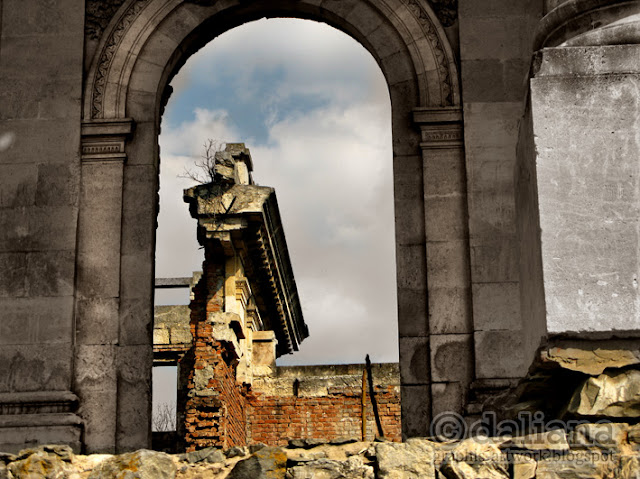 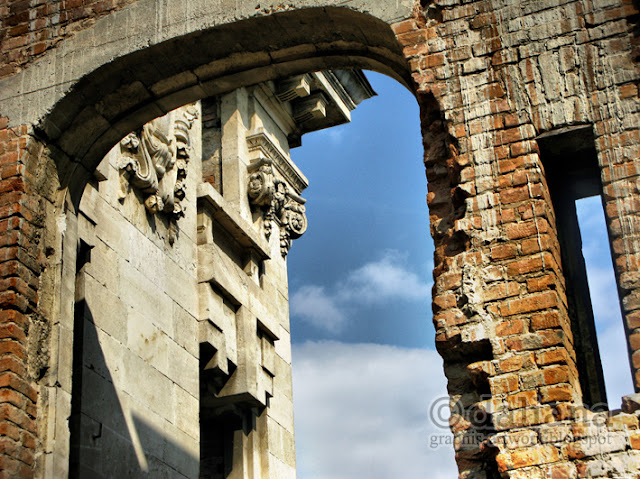 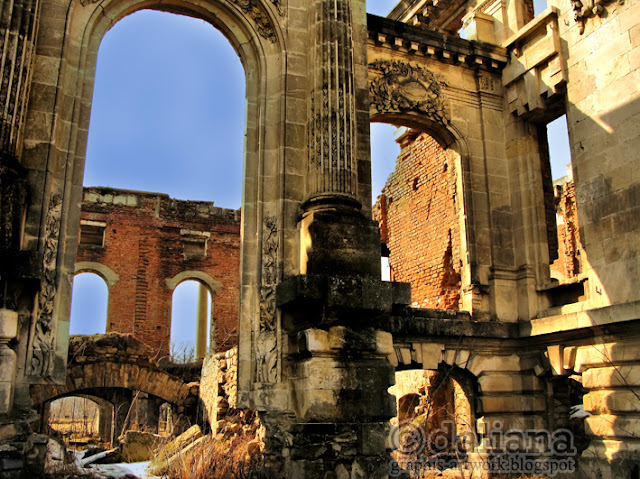 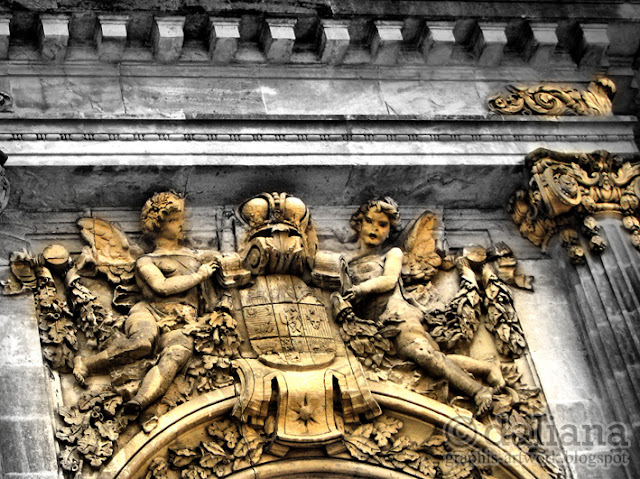 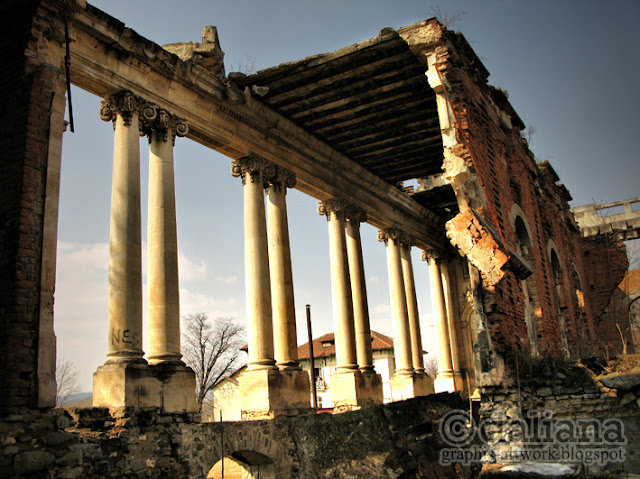 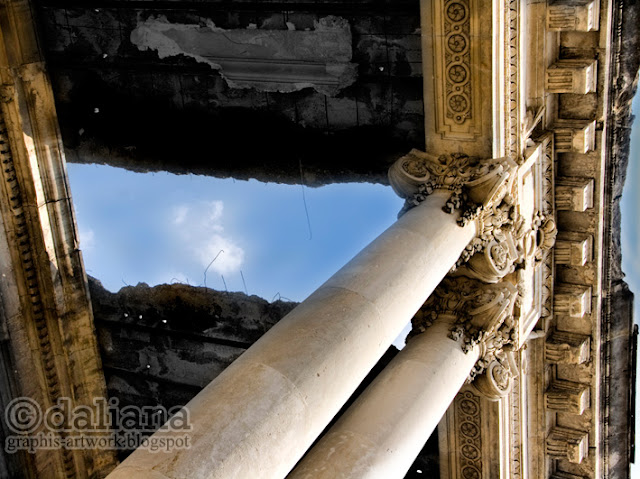 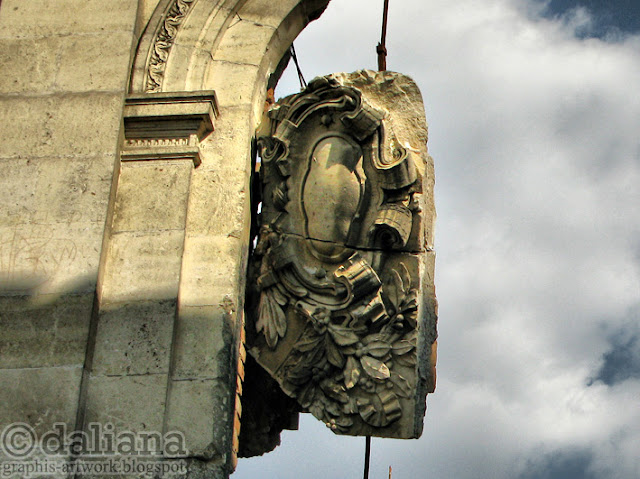 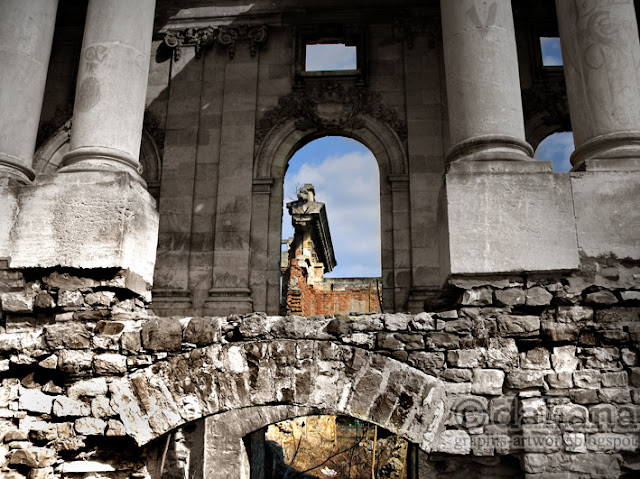 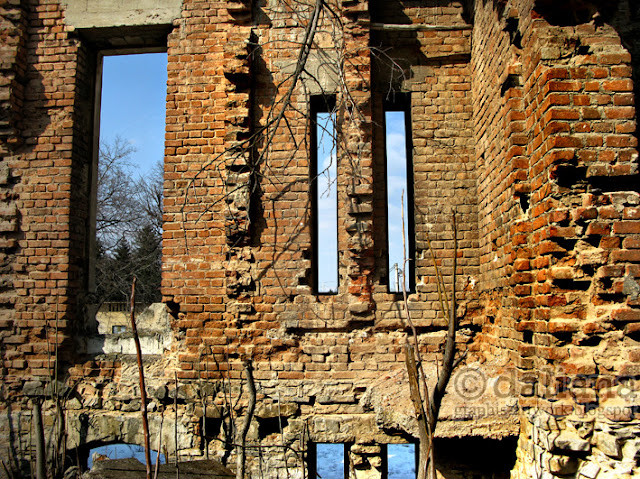 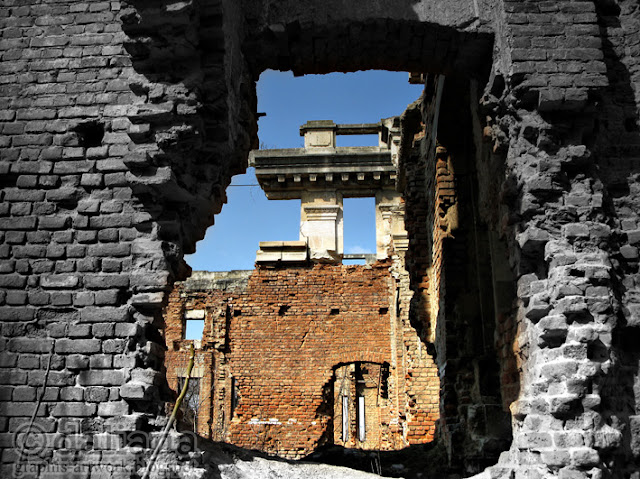 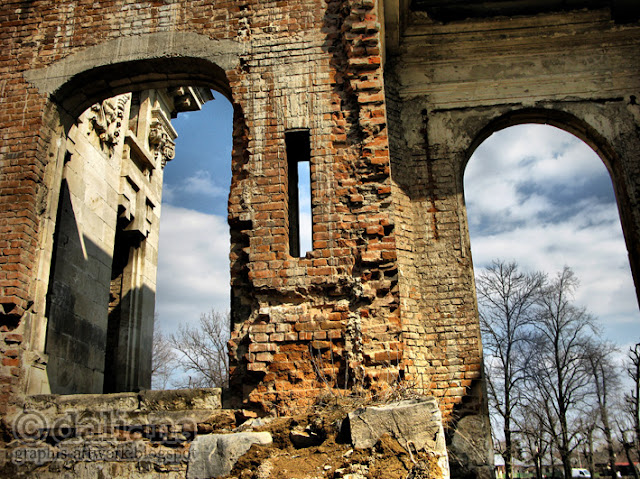 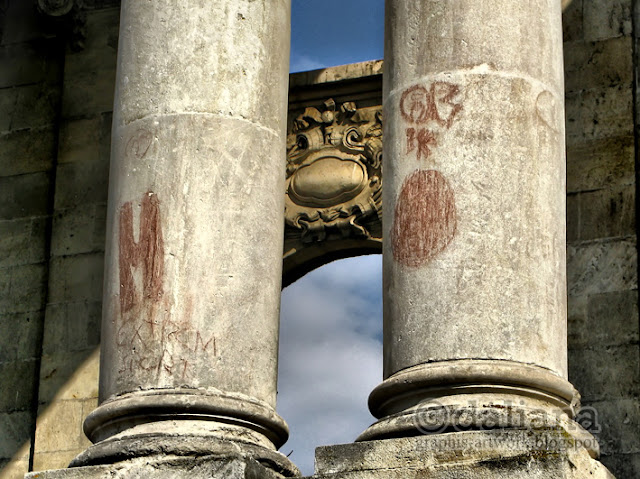 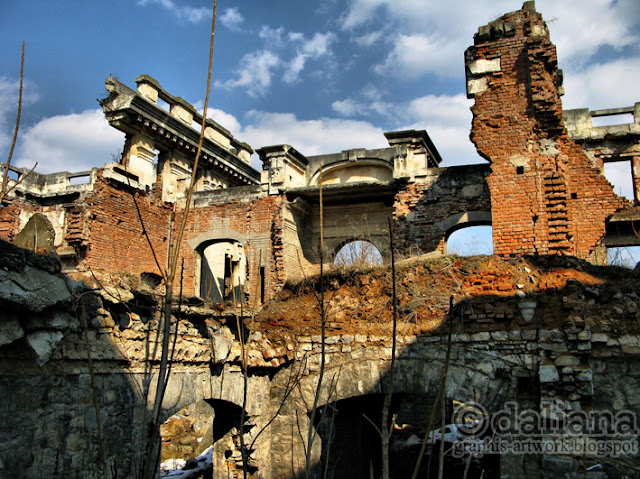 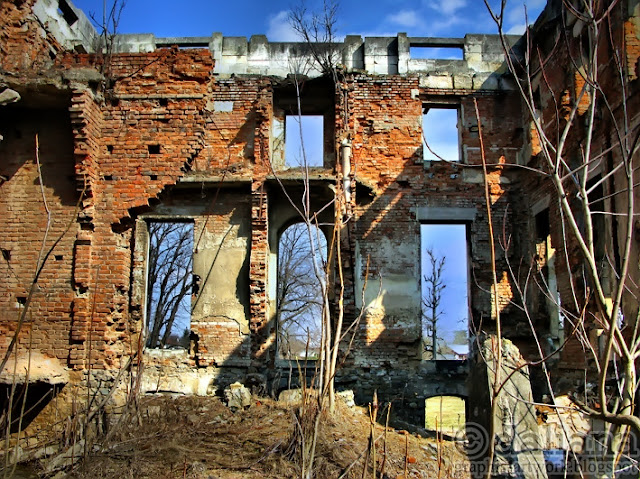 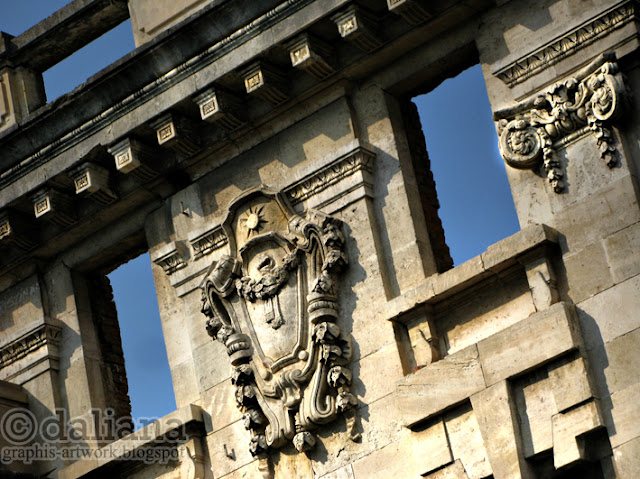 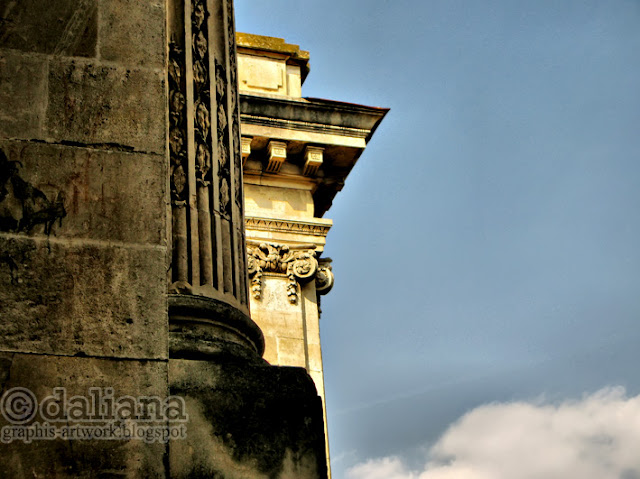 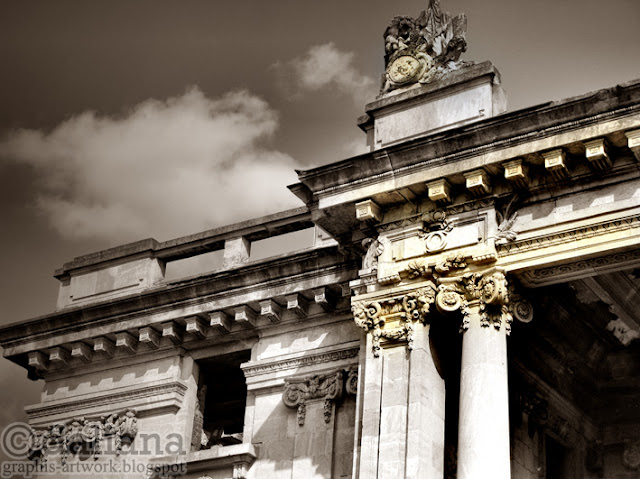 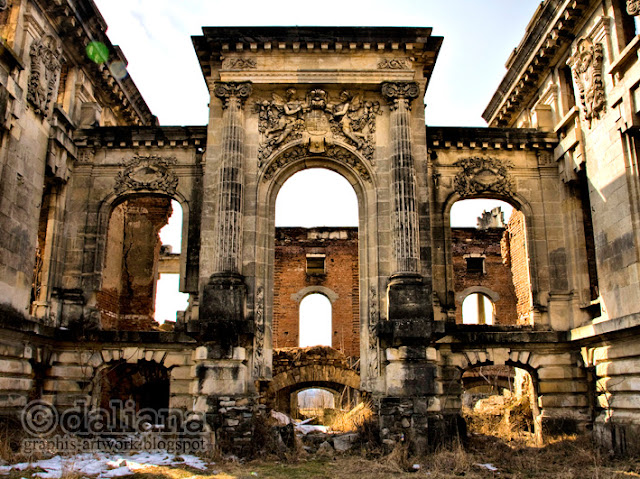 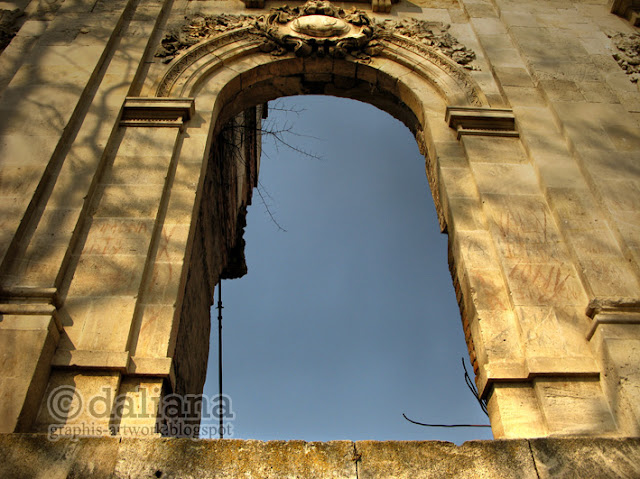 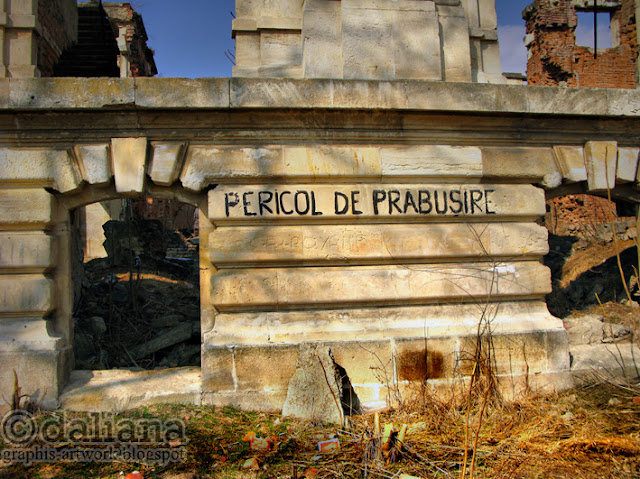 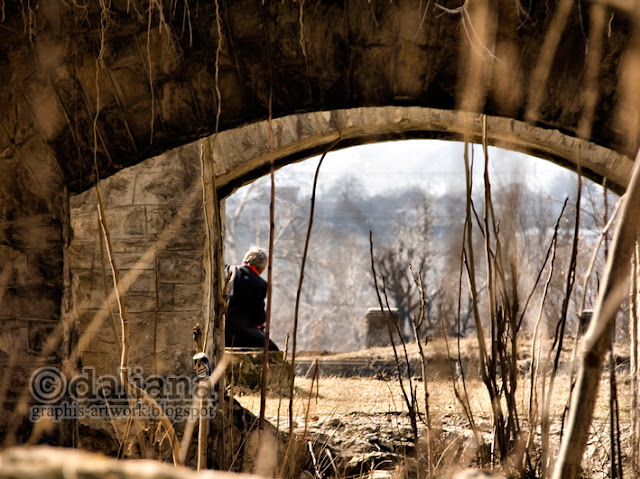 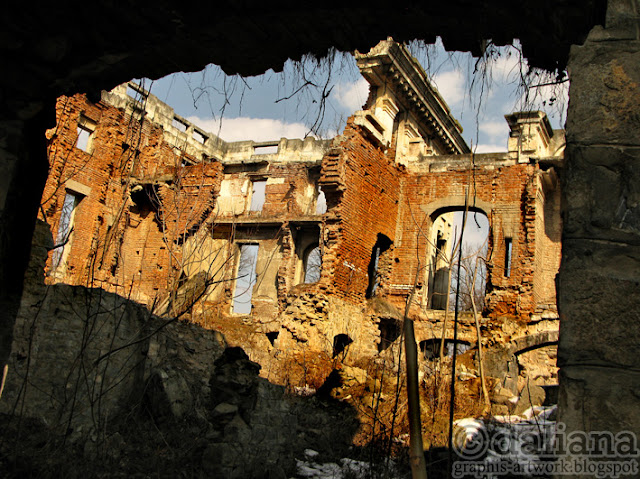 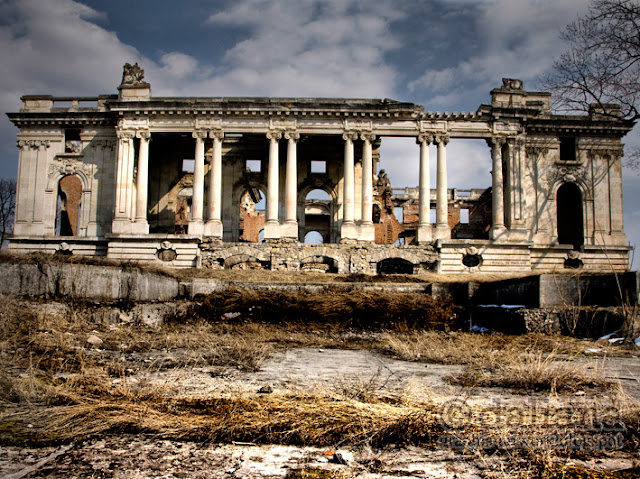 
In the village of Floresti, in Prahova county, some 80 km north- east of Bucharest, the Cantacuzino family, a family with a long-standing history in Romania, built a palace called Le Petit Trianon-the Little Trianon. Conservative politician Gheorghe Grigore Cantacuzino, nicknamed The Nabob for his immense fortune, started building the mansion in 1911, at the request of his niece, Alice. It was a palace like none before in Romania. As requested by Alice Cantacuzino, the mansion had 150 bedrooms, seven ballrooms, and a tree park of 150 hectares, with rare trees, aqueducts, hunting grounds, golf courses, and horse riding grounds. However, the mansion was never finished. In 1913, Gheorghe Cantacuzino died without seeing the palace to completion. In 1914, French, Italian and Greek builders had finished the exterior and were starting on the roof. The walls were built of thick brick coated with travertine. The objects to decorate the interior were stored in the basement, and were never set up. They were stolen along the years. After the death of the magnate, no one took care of the castle, and no one ever lived in it. Princess Alice left to live abroad, and her uncle’s gift, the Princess’ Palace, as it was known, went into oblivion, and still lies forgotten.


The Little Trianon in Floresti is nowadays gutted. The roof and interior compartments are no longer, but the outer walls still stand, almost intact. The interior walls are ruined, and the bricks that escaped the thieves are scattered on the floor. The effects of time, disrepair and vandalism were disastrous.
It all started in world war one, when German troops stripped the roof of its copper sheet, took out the terracotta stoves, and furnishings.
Devastating events were to follow. In 1944, the Red Army took a few Ionic columns from the building. Then locals started breaking off the exterior Baroque, neo-Classical, and Renaissance decorations, decorating their stables and pigpens. As the stone was stolen, the building lost support. The earthquake of 1977 brought down the chimneys and some of the interior walls. During the communist regime, the building hosted a state farm, a dog training school, a military barracks.
The drama of Little Trianon is that is lies forgotten, in spite of promises made by the authorities. With a name like Trianon, it should have a better fate.

Love the treatments on these photos. What a sad story behind such beauty.

What an extraordinary series, and many many many thanks for it. As much for this photographic gift to us as for this painful lesson in History.

I do not, cannot understand that such a treasure has been left to abandon, to go into oblivion in fact! The most tragic part of it all is that it is most probably too late, much too late to do anything about it. I cannot see how. And it fills me with a kind of despair for the people of Romania, for everybody in fact.

I knew nothing about this. Now I know.

My project "365 Days of Monster" is over. I hope you continue to follow my new blog monstergraphie.blogspot.com

Amazing photos! What a great place to photograph.

What a shame such a wonderful building, jewelry aschitektonikis!
Always your photos, wonderful!!
Thanks for the tour
Good week

These ruins are a virtual feast for a photographer, Wind. One could wander there for days, even weeks, looking for unique angles and configurations, playing with the light and the shadows, posing people interacting with the surroundings. You have done a marvelous job revealing the beauty and the mystery that remains.

In one sense, it is a shame the palace ends this way. It could have been splendor unleashed. But, this way probably is for the best. Now, it stands as a monument to the decadence of mankind and a reminder that nothing and no one is forever on earth.

This is one more place I would like to visit some day.

The dog seems to have the legs of a wolf and the head of a bear. Fantastic.

Magnificent series of these romantic ruins with an excellent mix processed B / W. I love the framing, very poetic. I wish you a wonderful week!

I deeply thank for your warm heart and thoughts...

What a grand palace it would have been it's sad that it wasn't finished and abandoned by the family :-).

The story behind this was interesting, so as the photos... Great architecture! I love it! I'm new here. I followed you back... Thank you for visiting my blog. Hope I can join your community on Rainbow... :)

what a story, Daliana!It could inspire someone to make a movie about it.It's sad to see wasted resources, it's a pity. Good and interesting post, wonderful pictures, as always. Hugs from your brazilian friend Anamaria

Wind, I would like to tell you that I am often silent but I am always present. As I said before you are my inspiration.

I looked at these beautiful buildings and thought how sad that people couldn't preserve them.

I love very much these images. I love colors and composition. And the way you see the things. This is a very special way.

It is so amazing to see such a wonderful place left to ruin! So many astonishing details. Thank you for sharing your wonderful photos with us.

What an adventure this place looks to be.

Please have a good new week.

Bravo! The colors and lighting are so peaceful, sometimes a contrast with the subject and in others a working relationship. Beautiful.

such a pity-a devastated beauty!

What a sad story.
Such a amazing building.
Sometimes the life is telling us
that so many things are made in vain!!

how sad. authorities don't care. maybe they are waiting that the final brick collapses so they can build a new residential area :(

I can imagine how beautiful was this building!
Nice photo series!

Magnificent shots! Truly illuminates the sad history and splendor of these ruins.

There is hope. Brilliant photography.

Beautiful
thank you for sharing

A masterclass in composition and framing. It seems a shame that the building has had such a traumatic history that no-one can put a stop to it.

this too will pass said...

I think you have a great page here… today was my first time coming here.. I just happened to find it doing a google search. anyway, good post.. I’ll be bookmarking this page for sure.