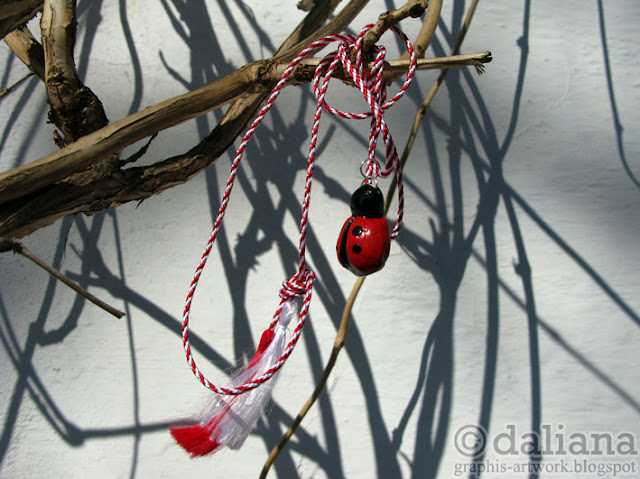 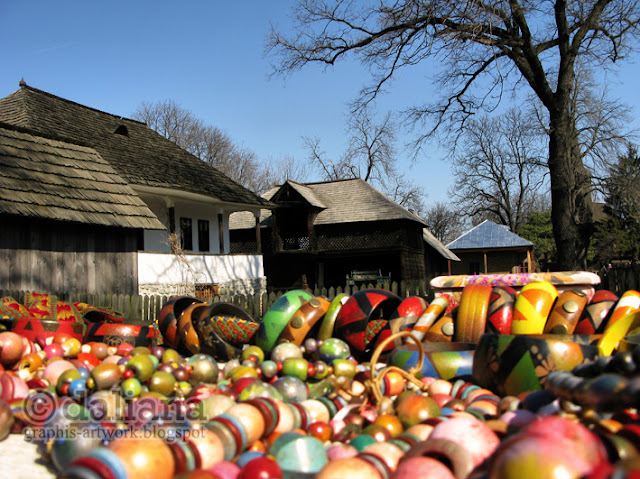 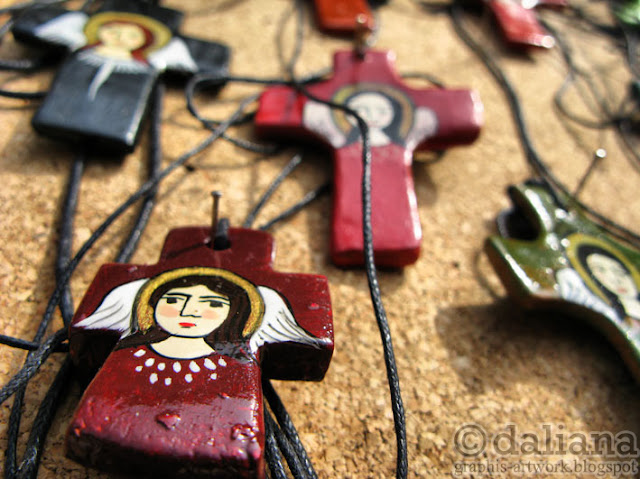 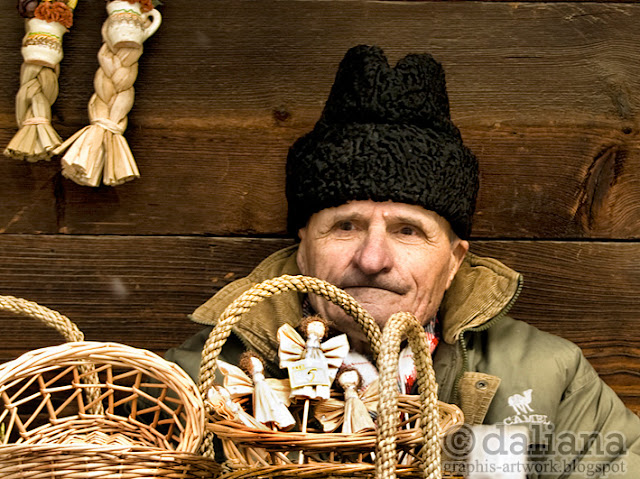 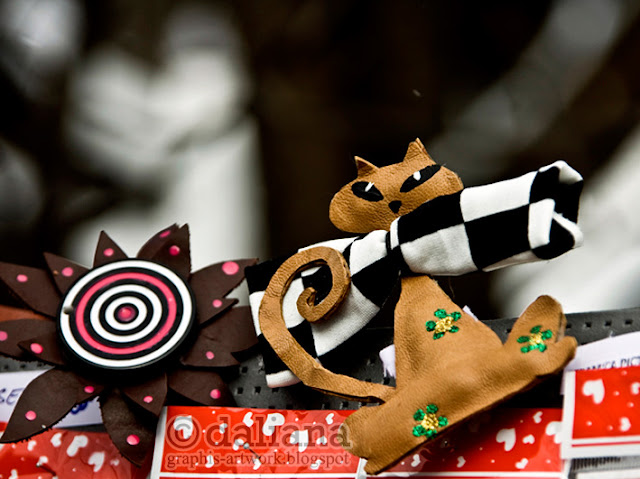 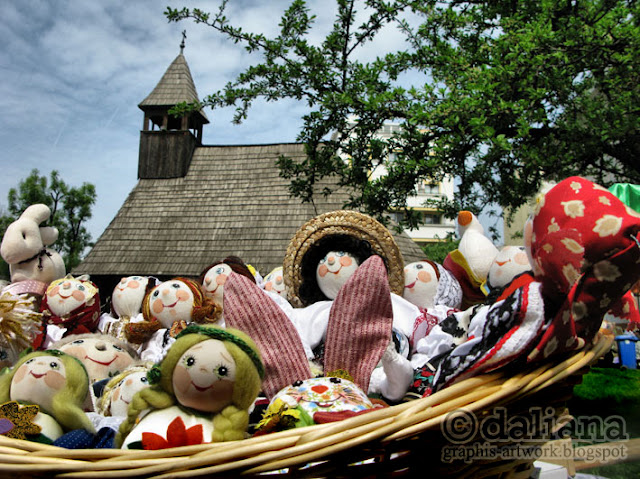 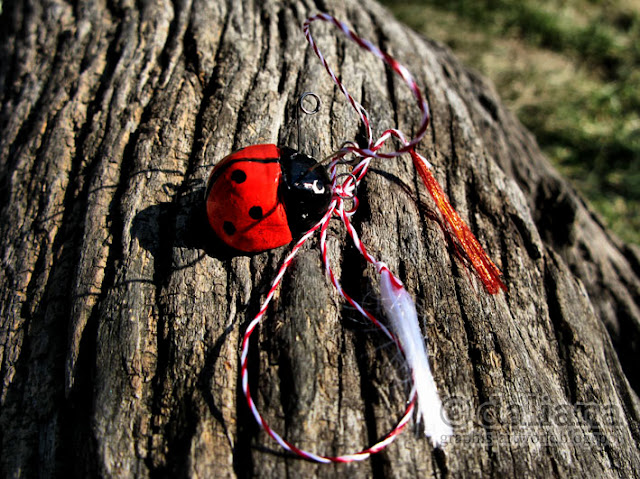 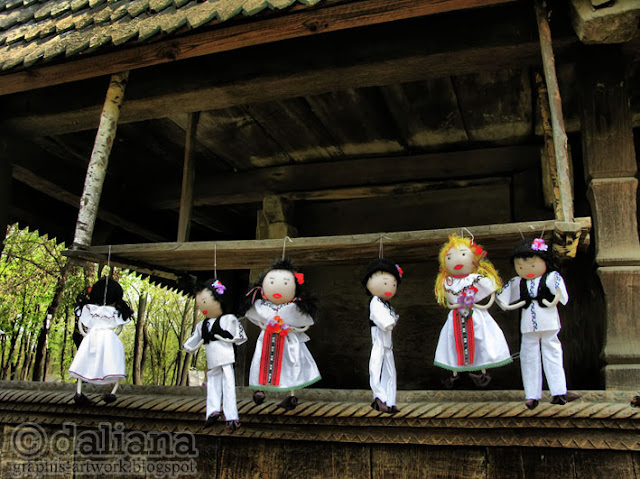 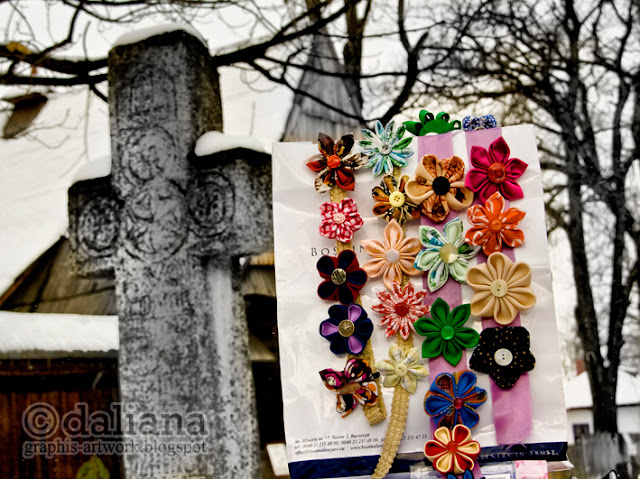 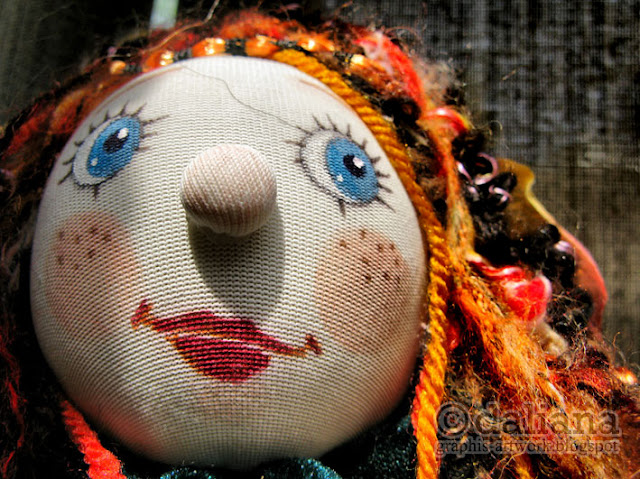 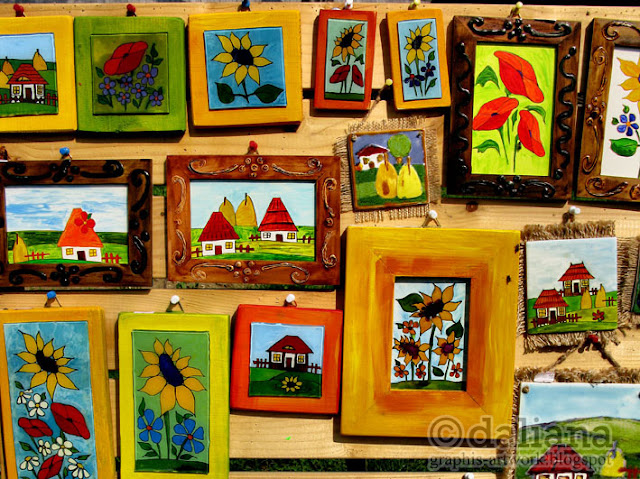 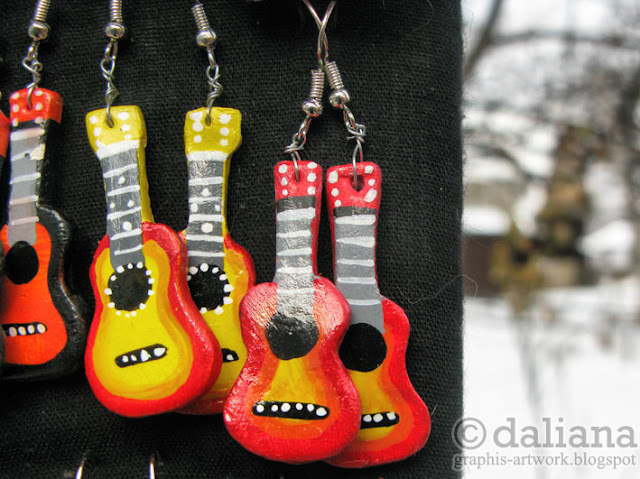 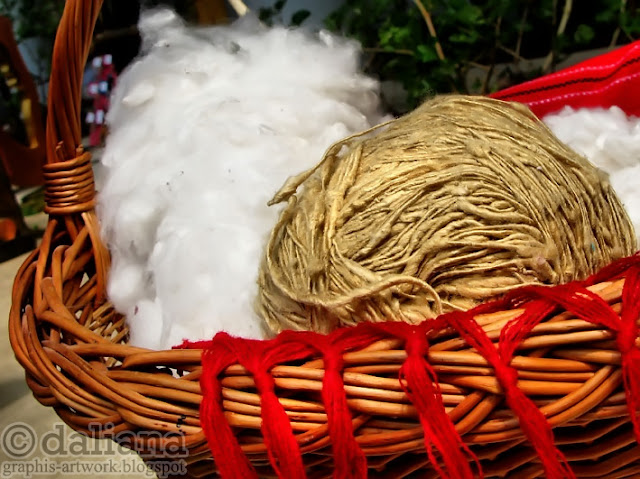 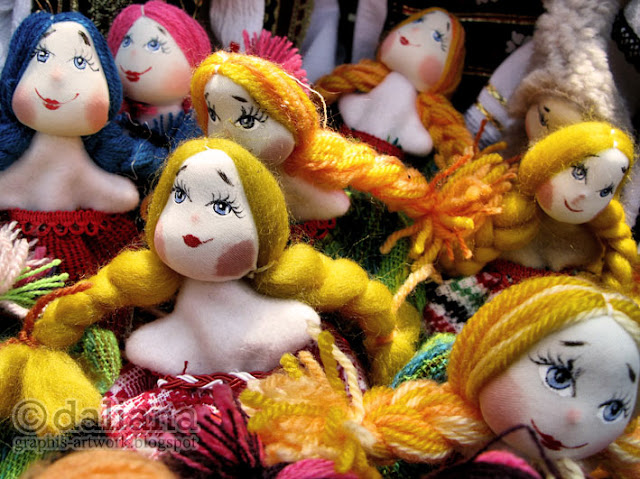 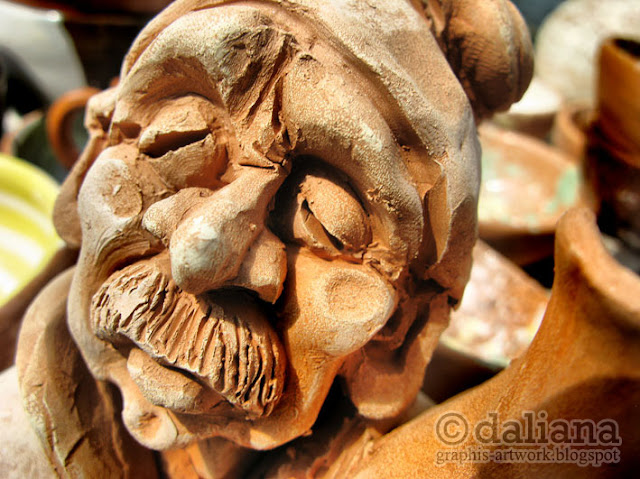 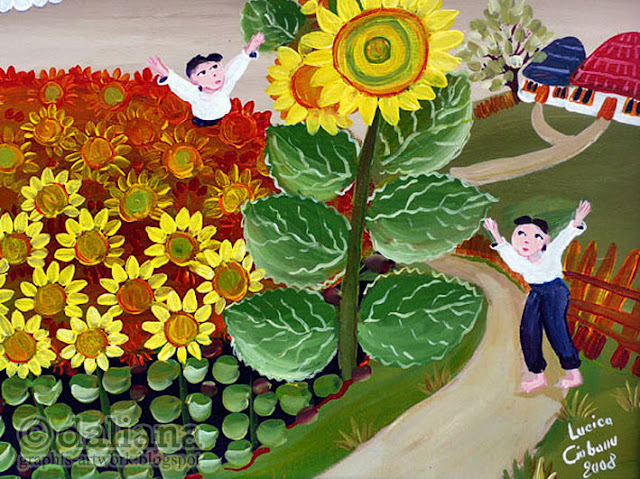 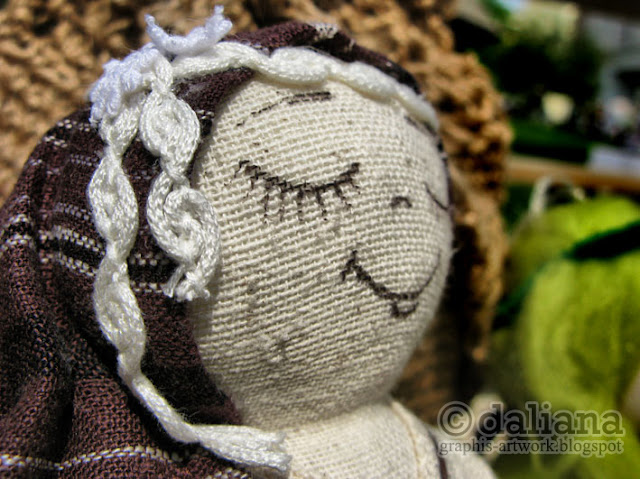 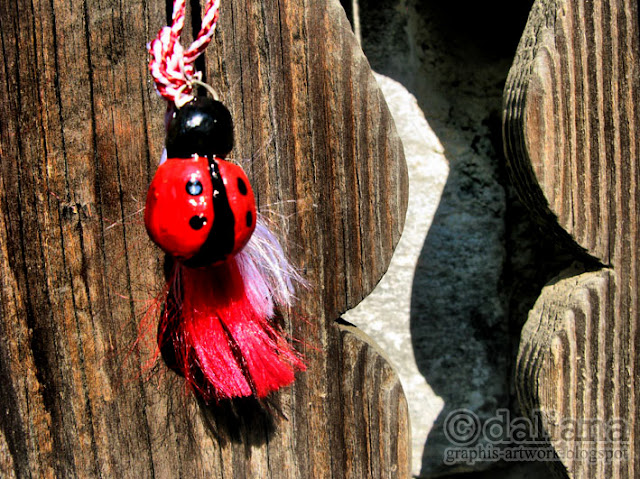 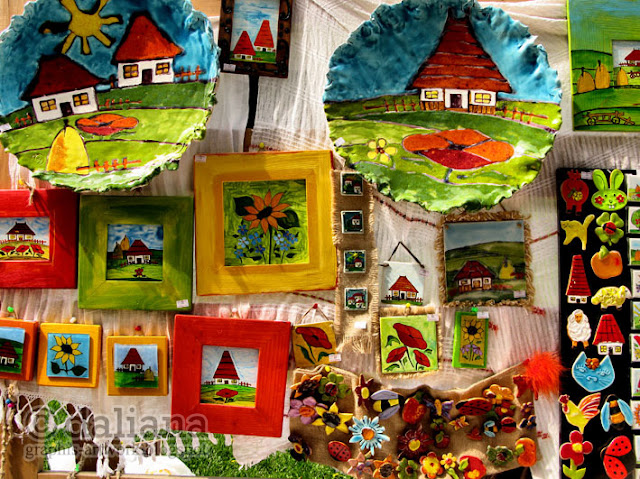 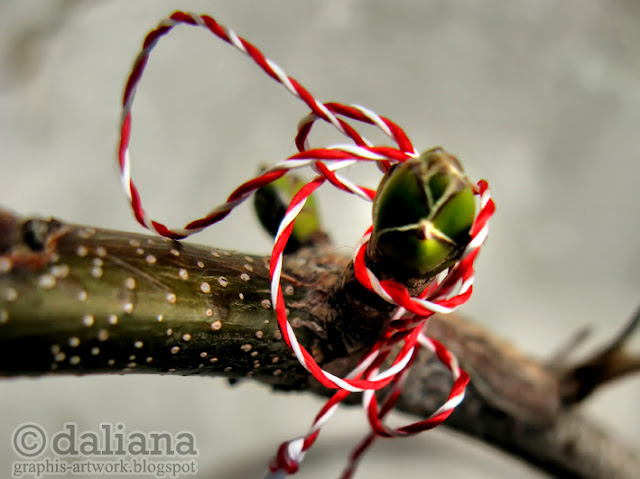 Mărţişor is the traditional celebration of the beginning of the spring , on the 1st of March.
The day's name is the diminutive of March (in Romanian Martie.
Mărţişor is the symbol of spring and also a celebration on the first of March.
Its beginnings are still a mystery, but it is usually said that it originated in ancient Rome, because New Year's Eve was celebrated on the 1st of March (Martius), the month of the war god Mars.
He had a double role: both protector of agriculture and of war, so the celebration signified the rebirth of nature. The duality of symbols is kept in the colours of the Mărţişor: white and red, meaning peace and war (it might also symbolize winter and spring).
Nowadays, men offer women a talisman object also called Mărţişor, consisting of a jewel or a small decoration like a flower, an animal or a heart, tied to a red and white string.
A woman wears it pinned to her blouse on this day and up to two weeks after.
Women also offer it to other women and only occasionally to men.
However, giving a little nickel tied to a red and white string is an old custom and was originally designated for both men and women.
It was believed that the one who wears the red and white string will be powerful and healthy for the year to come. The decoration is a symbol of the coming spring.

nice to hear that today is the celebration of spring:)
I am not a fan of folk art but some of the pieces you showed are amazing!
Very good pictures, but this is obvious in your case:)

the pictures are great, the dolls are wonderful, thanks for the story of the red and white string, it's time for Spring !

Thanks for teaching me about the tradition of Martisor. I love all the folk art. Happy Spring.

These are wonderful. Corlorful and beautiful!

I love this thought, and now know why I didn't get the gift.I enjoy the crafts, and wondered if the old man carving was winter.

Happy first day of spring, colorful wonderful folk art, especially love the close-ups of the painted faces of the dolls, all photos were interesting and good composition.

Great work, Wind! You have captured the vibrancy of the occasion! Thank you for the great description of the holiday.

My own tribute to the Romanian People and the many very good photographers it creates!

Nice work Wind with a bit of background both in text in image (2 and 6). It seems that the first day of your spring is brightened up with a tapestry of colour and I can almost feel the texture on the knitted doll's face. The last image is a masterpiece with the meaningful string tied around the bud. Now I'm not sure that I can wear red and white though as it is the colours of the rival football team here... war and peace indeed... haha.
Hope your week is going well.

Love the third, fourth and the wooden face picture most. How wonderful a way to start this month.
Towards life, colourful happiness for you.

Another lesson in Romanian history, customs and traditions, in addition to a photographic feast for the eyes. Good, and thank you, Wind, for the learning experience.

It never occurred to me before how few are the customs and traditions observed in America when compared to your nation. I think I might be missing out on many of the more pleasant elements of life.

How very sweet. A lovely colorful tribute to the holiday. Exceptional!

Tremendous - superb blend of fantastic images and wonderful text.
Visiting your blog is always such a pleasure. A feast for my eyes.

So beautiful coloured photos !!!!
In Greece ςe custom to put women in their hands, like a bracelet, white and red thread, as this first picture, and say this March!
Thank you for the very nice photos and reportage !!!
Greetings

I love traditions in your country !
so many beautiful, colorful images !
they are jumping in my eyes and my mind and that's nice ! thank you wind

With your images and text I wish you
a very nice March and beginning of spring!!
Greetings.

this theme was full of nice colores and details - well done

Lovely smile decorations. . .
The wrinkle of the old man reminds me of the life.

Thank you for your visit.

Hi Wind, I love these beautiful colourful shots.....they are so much more effective now when he weather is cold, bleak and miserable here -

you have an award waiting for you at www.duncaninkuantan.blogspot.com. You will find the Stylish Blogger Award image on the 'About Me' page.

These colorful images made me smile. They are very cute.