The Castle of Hunedoara - The Hunyadi/Corvins Castle 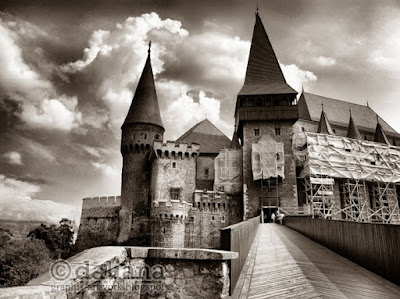 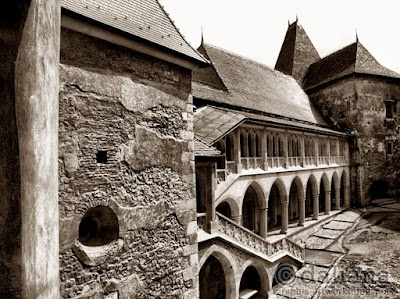 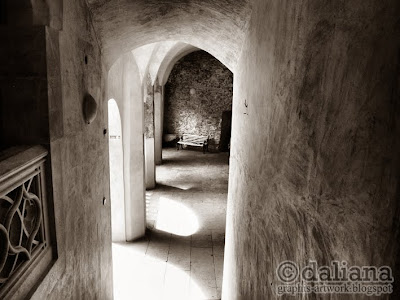 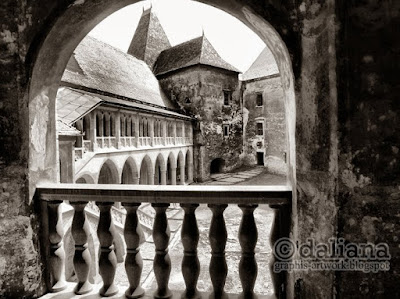 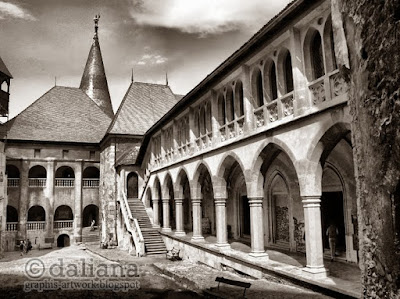 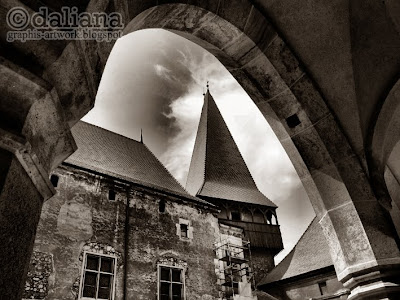 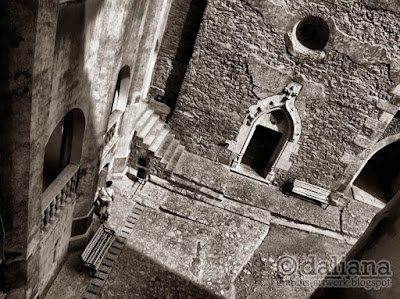 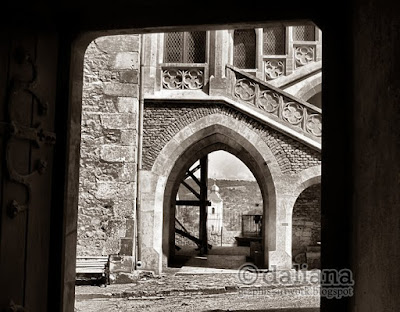 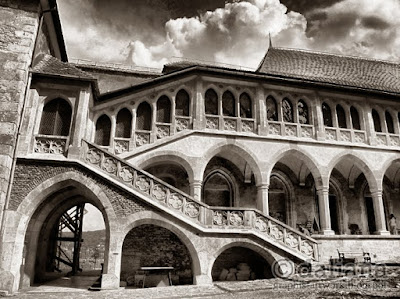 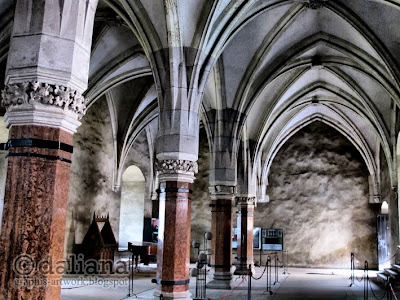 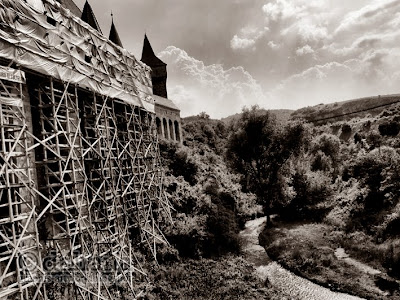 Hunedoara Castle's, also known as the Hunyadi Castle, is built on a strategic position, on a rocky cliff at the exit of Zlaşti river from a small defile from Poiana Rusca Mountains. It's construction began in the XIV century, over a royal castrum, also built over the remains of an old roman stockade. A 1399 document reminds of a royal castrum and a castellan of Hunedoara. The castrum has been given in 1409 by the king of Hungary, Sigismund, to the noble Voicu and his family.
The initial core was designed by Voicu's son, Iancu de Hunedoara and his wife, Elisabeta Szilaghi. Later, Matei Corvin, Iancu's son, transformed the castle into a luxurious nobiliar residence. He built the "Matei Wing", with a loggia that has renaissance elements. In 1618, Gabriel Bethlen, the prince of Transylvania, initiated a new work phase, building, among others, the "Bethlen Wing".
http://library.thinkquest.org/C0125318/html/pages/Hunedoara.htm

Great photography Daliana! I love the arches. Some great subjects for drawing!