my SMITHI REDKNEE the 2nd during moulting 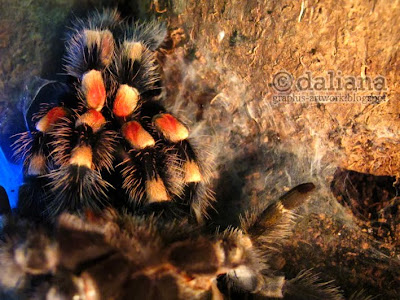 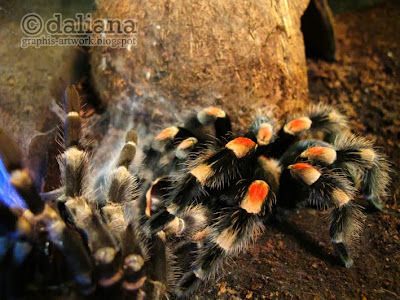 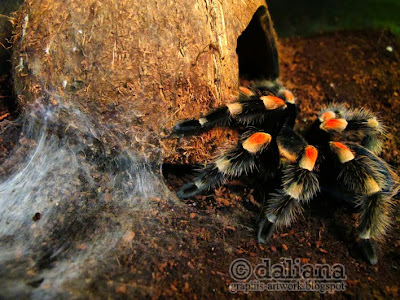 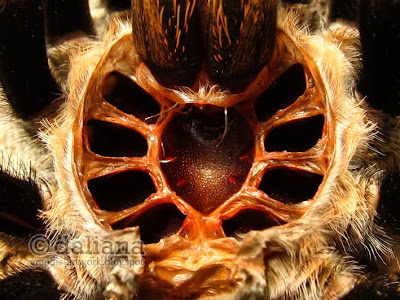 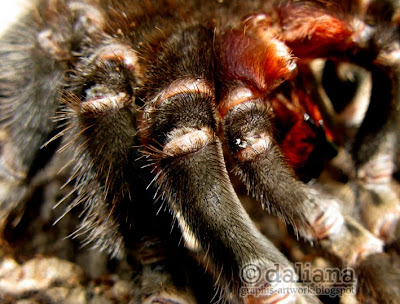 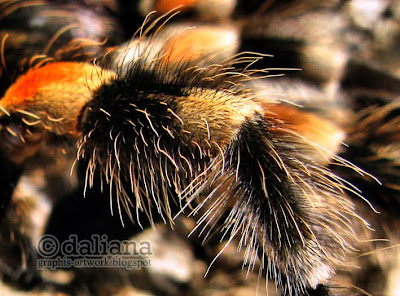 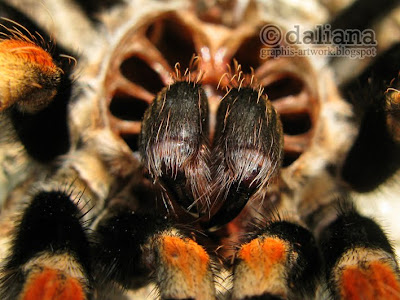 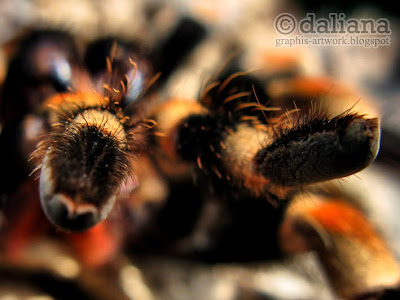 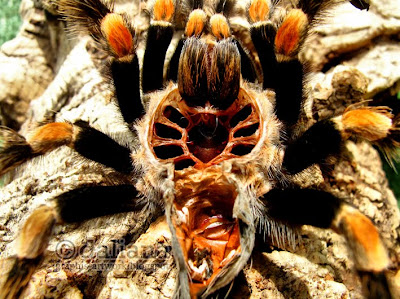 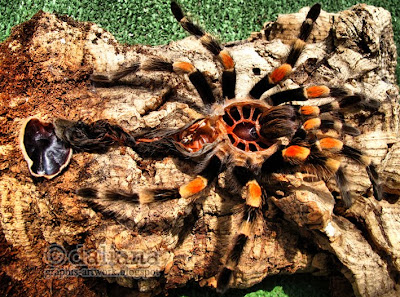 Tarantulas, like all arthropods, must shed their exoskeletons to grow.
This act is called ecdysis or molting, and is a very important facet of a spider's life.
The process of molting begins long before a tarantula's carapace finally splits off and a shiny "new" spider begins sliding out of its old shell.
Just prior to ecdysis, the tarantula usually spins a sort of cradle to lie in while removing its skin.The tarantula will pump fluid pressure in its body to get the carapace to pop off first. The opisothoma or abdomen will split along its sides, and the spider will continue to slowly, almost imperceptibly, pump fluid in its limbs to ooze the old skin off its legs.
The process can take anywhere from 15 minutes to several hours.
Once freed from its shell, the tarantula will be like rubber.
After shedding, the spider will almost glisten for a while due to the fluid that was between its old skin and the new exoskeleton. Its fangs will be white and rubbery; the tarantula won't be able to eat until they harden. It will sit there, defenseless, until its new exoskeleton dries. Spiderlings may be sufficiently hardened to consume food within two days, but it may take up to a week or ten days for adults to resume eating.