Viscri, Transylvania and HRH The Prince of Wales 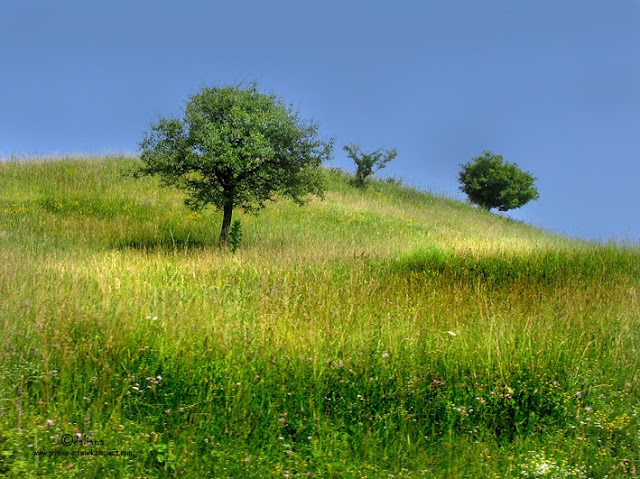 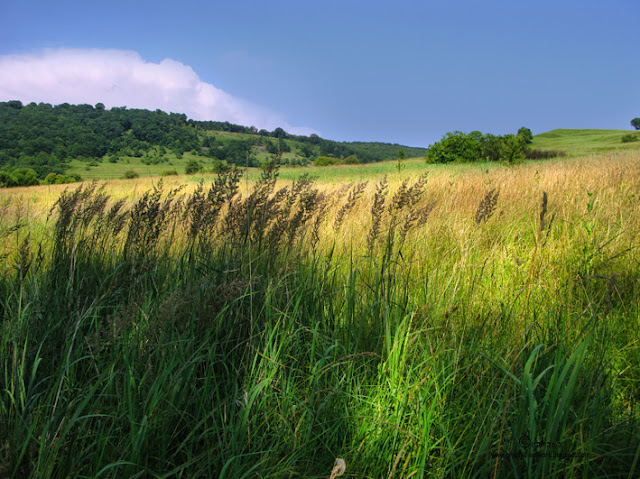 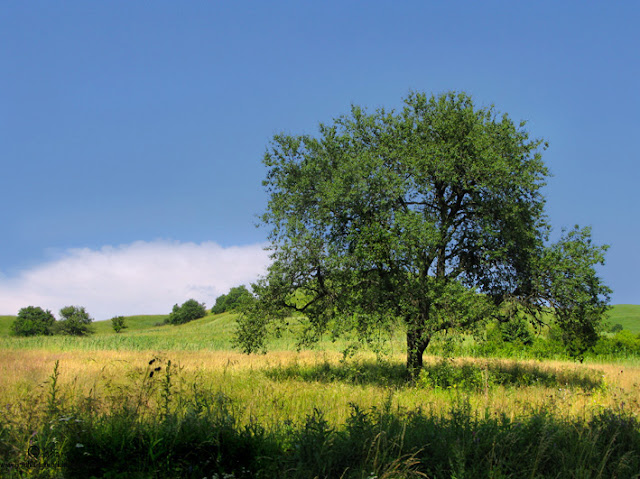 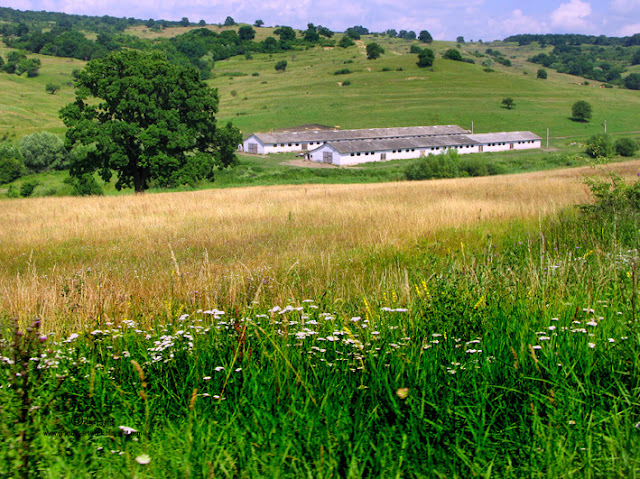 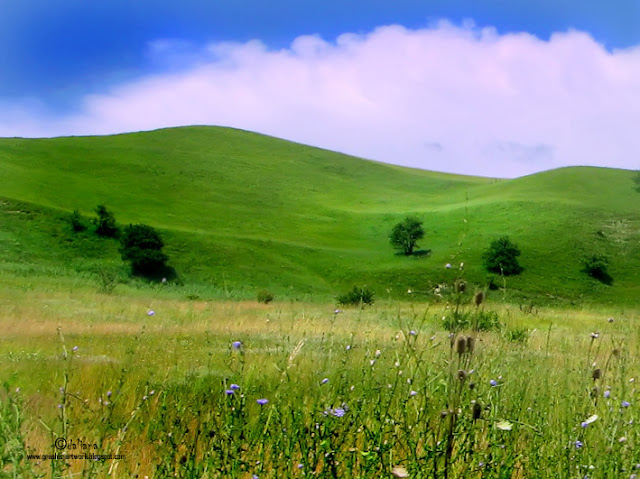 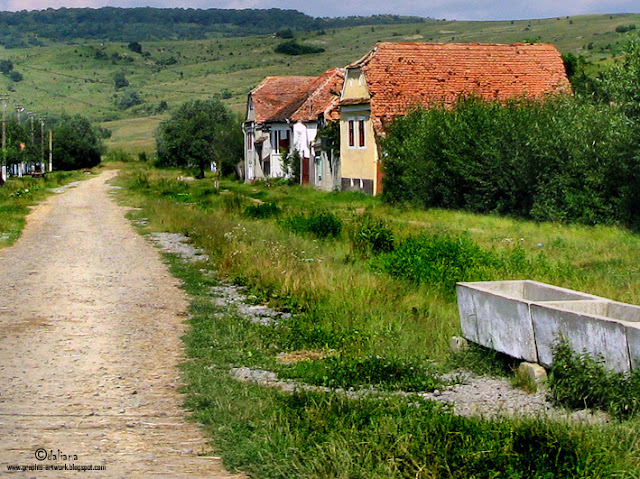 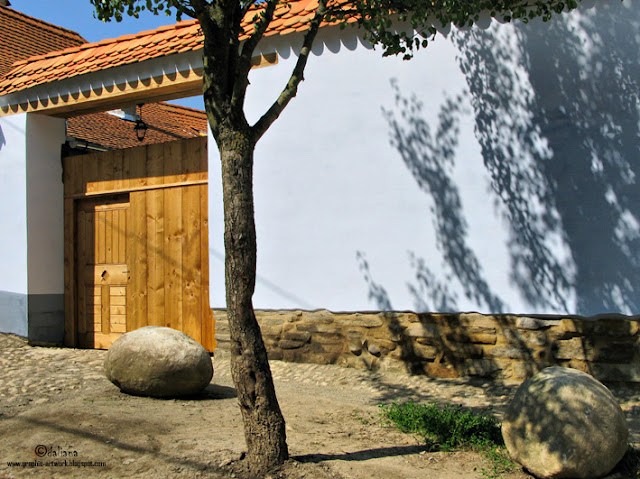 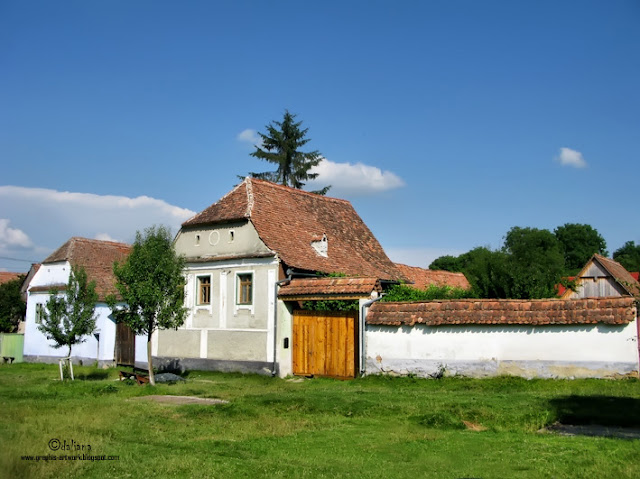 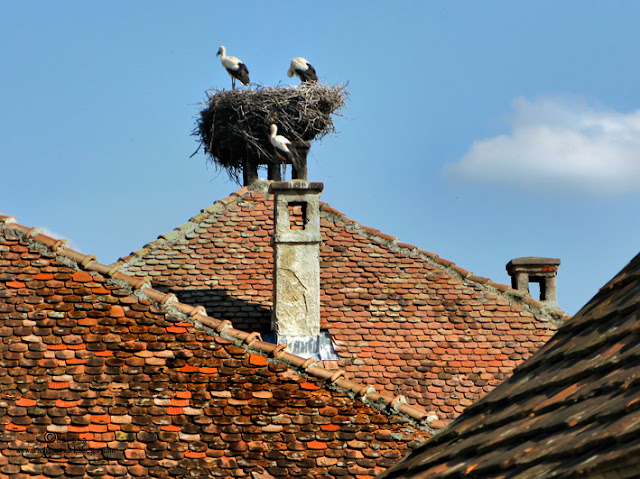 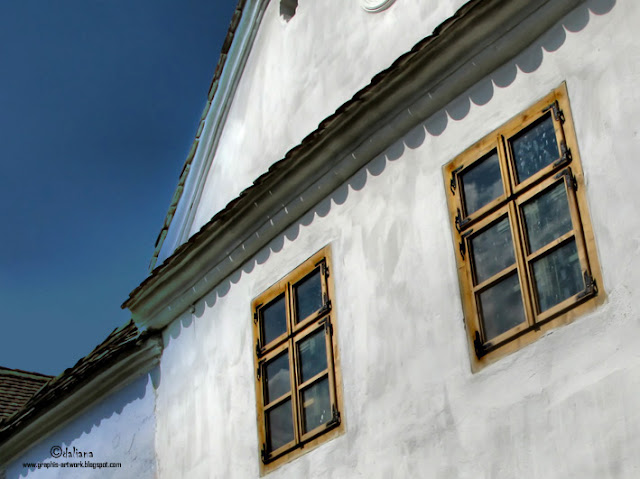 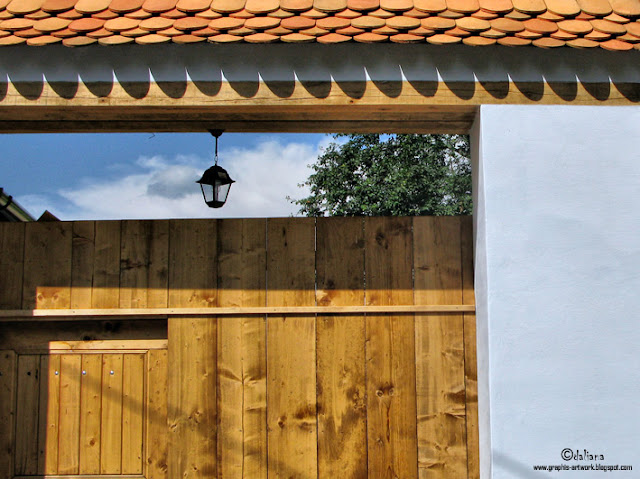 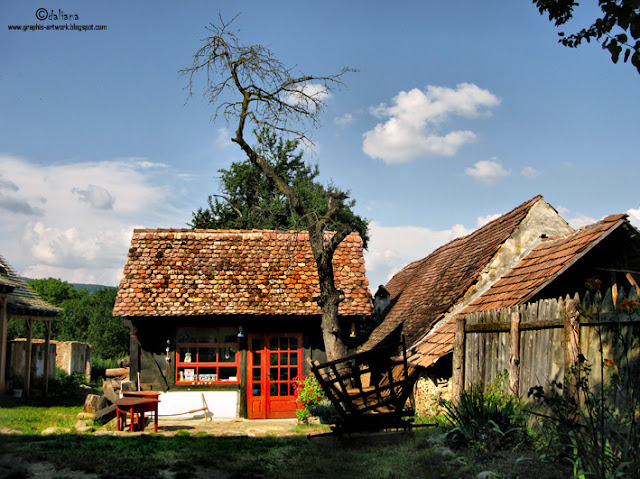 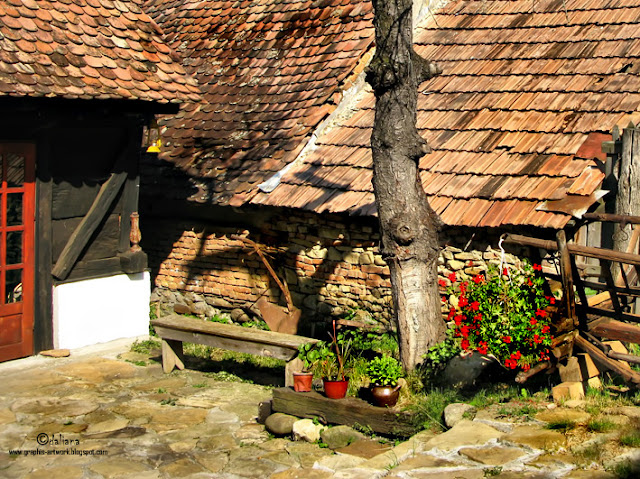 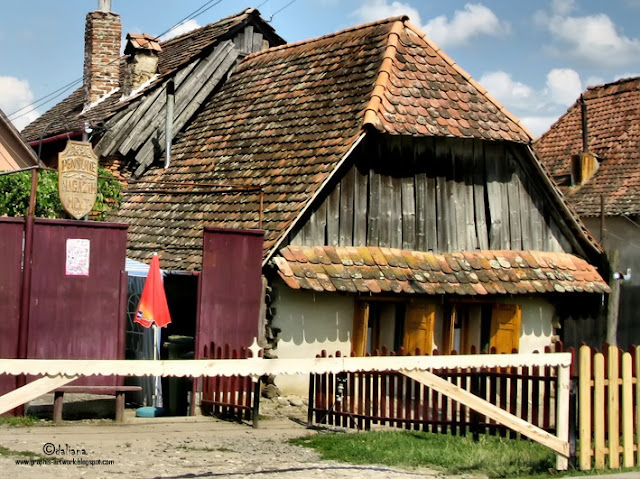 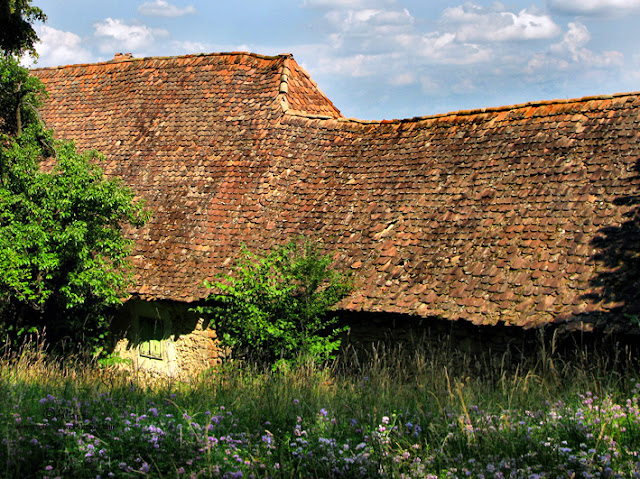 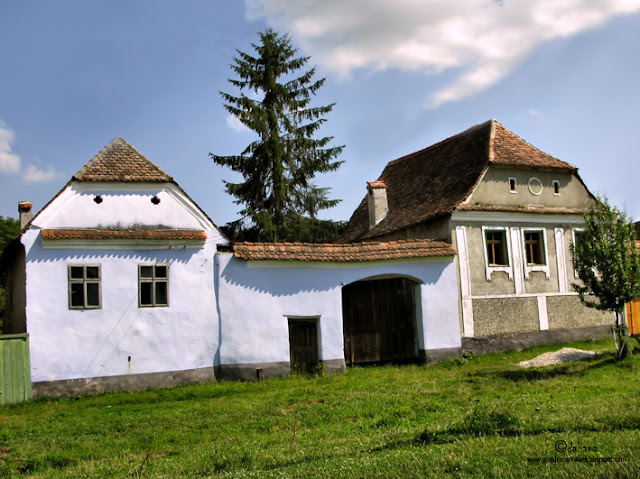 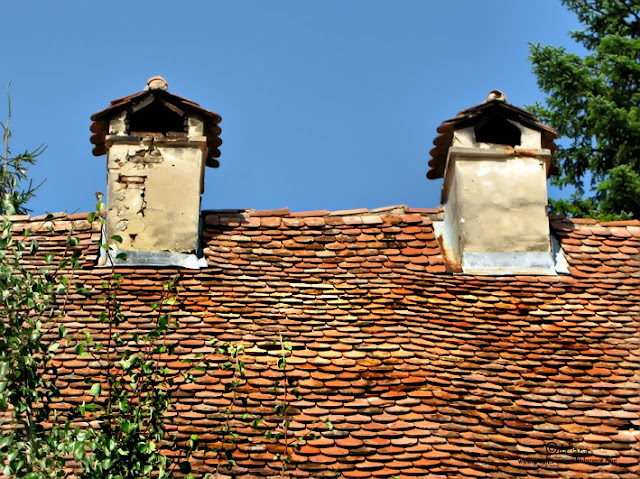 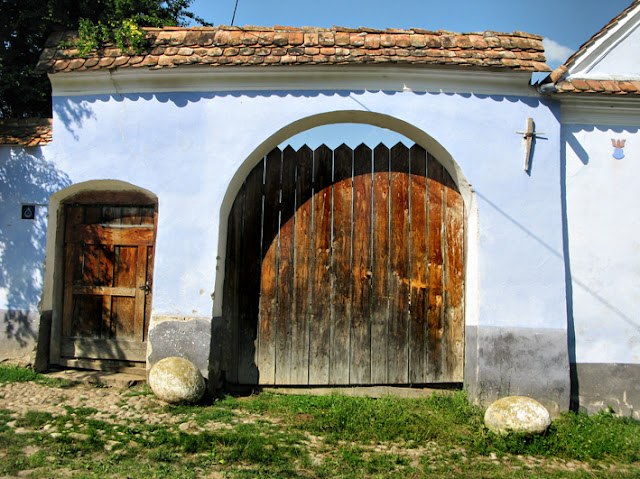 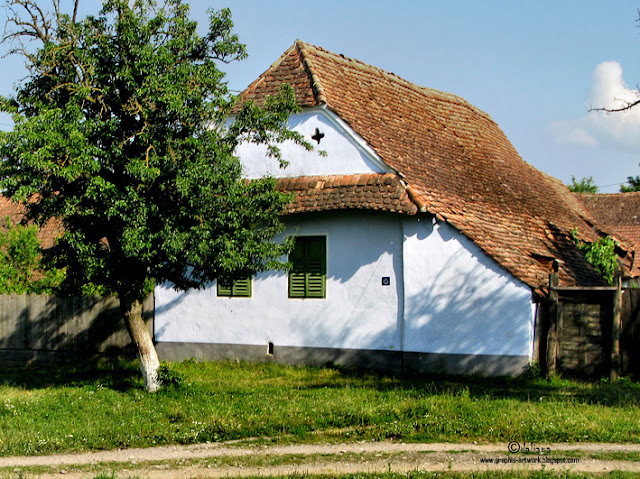 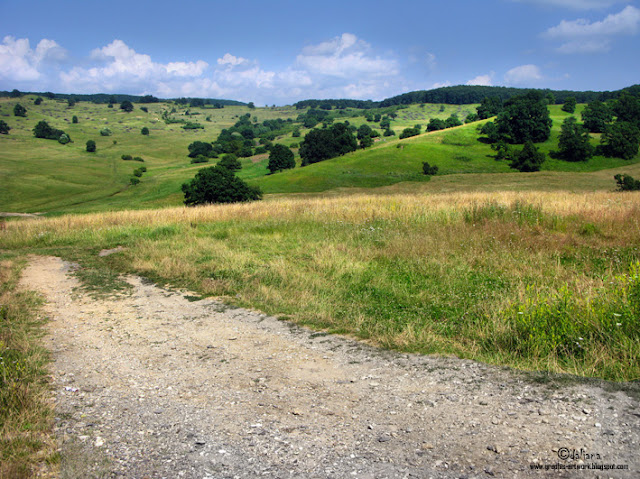 This post was made in case you thought there
was nothing to be done in and around Romania.

Visiting Viscri, in central Romania, is like journeying into the past —
to a medieval landscape and existence that has been bypassed by all things modern.

The village of Viscri (German: Deutschweißkirch is part of Buneşti commune in Romania.
The village is small, with a population of roughly 400 people and  is part of the Saxon villages
with fortified churches in Transylvania ( the name "Transylvania" is Latin for "Beyond the Forest") , designated in 1993 as a World Heritage Site by UNESCO.

In 2006, The Prince of Wales bought and restored two 18th Century Saxon houses
in the Transylvanian villages of Malancrav and Viscri
to help protect the unique way of life that has existed
for hundreds of years and promote sustainable tourism.
His Royal Highness , Charles - The Prince of Wales  has a long-standing interest in Romania and has visited the country
regularly since his first visit in 1998.

It looks like a very beautiful place!
Wonderful photos!

It is a beautiful place.......I cannot imagine how hard life must be there in winter.

Great shots, Wind! Very unique. I did not know of the Prince of Wales' involvement. Most interesting.

Wonderful images.... I had know idea of HRH The Prince of Wales' interest in the area...I have learnt something here- thanks for sharing with us all...

The photos of landscapes are superb, well done.

Who could think it is nothing to do in Romania? I love all the pictures, especially the calming nature and old houses with their fantastic roofs.

This place is absolutely wonderful
Elisa, from Argentina

What a beautiful place. And the series of photos are great. Love the field.

This place is gorgeous and I really want to visit it again! There's so much to do and see in your country!

Such beautiful light in these photos, especially of the field. Lovely.

That is beautiful, it really does look like it's from another time.

Wonderful photos. Romania is so beautiful.

Fantastic photos, i especially like the photos of the wide open landscapes very green and wonderful and the huge bird's nest :-).

Can't tell you how much I long to be able to visit your country.

The walled compound with the wooden gate is what I need, Wind. Is it available? Some of the countryside has the look of a land where someone could mount a horse and ride forever and ever.

I like the first photograph best, the hillside with its trees, but, as always, the artistry in your work is evident in every one of your shots.

You are a most excellent guide to the history and the beauty of Romania.

very interesting Wind.At my first reading I thought you did think of the battle ship..prince of wales..since iam reading alot of history at the moment.i really dont understand the changes and division that were made to eastern blocks around 1?or2 world war..but howrever.it is a beautiful place..reminds me of my own country..but what do you think..is the monarcky seeing its end in England??many wants a republic..well this was a little out of the record..I enjoy your post at frams place..please continue with that..brings alot of happiness to many..and thts what life is all about right??sharing happiness and good things in our families with our children and friends..then we can talk to change the world..ok...once more out of the record..It is a looooong way to Tipparary..hoooho!
Have a beautiful day Wind!

What a wonderful world. I want to live here.

Beautiful landscapes, and the village photos are also very interesting. They are so peaceful! I like all of them!

Thanks for sharing this wonderful post with PicStory* :) Have a great week! LG Tina

Yikes, Transylvania ! But it looks like a very beautiful place (did you saw him :)

Wonderful white buildings an slate roofs. It must be a special place if Prince Charles is involved. He always puts his hand to worthwhile projects away from his official Royal business.

In Romania will be always something to see and do, and Viscri seems to be a perfect place to enjoy the magic of its land.

One of the most beautiful places on earth.... you must go there to see the real beauty... I'm not surprised that Prince Charles loves the place!!! wow