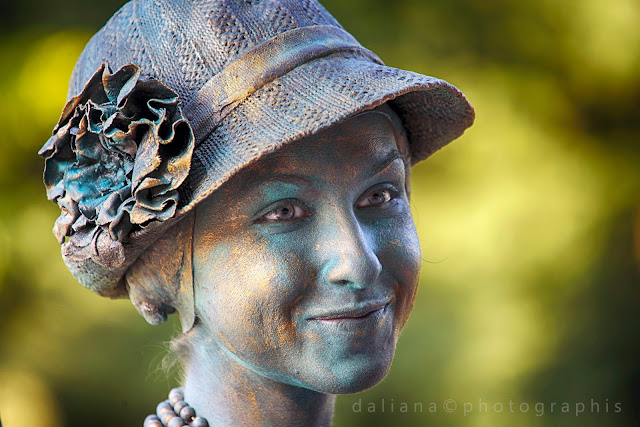 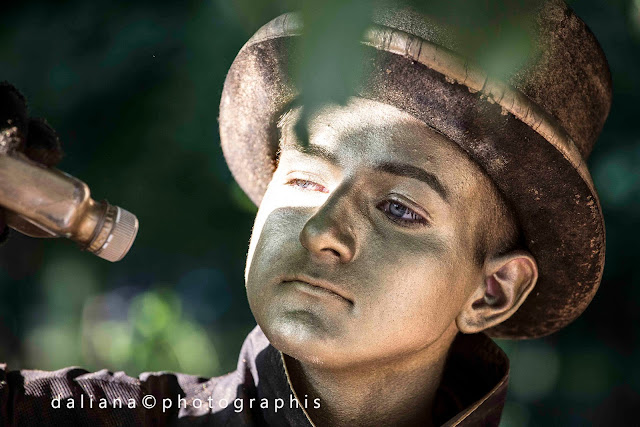 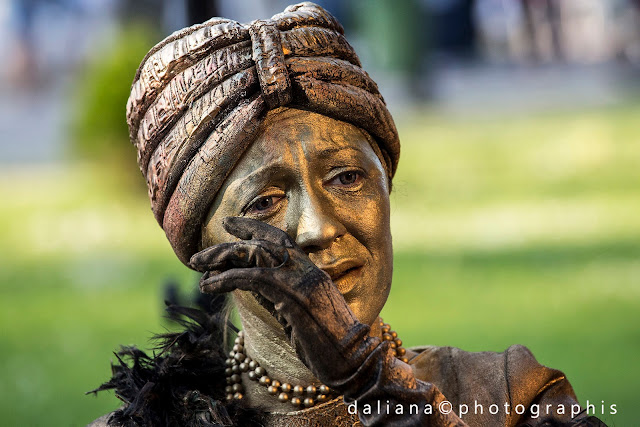 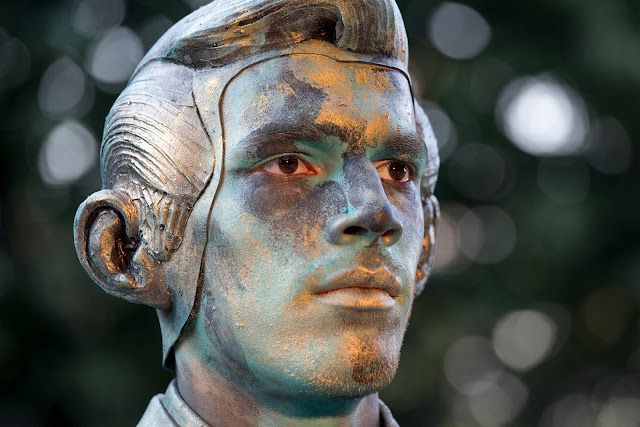 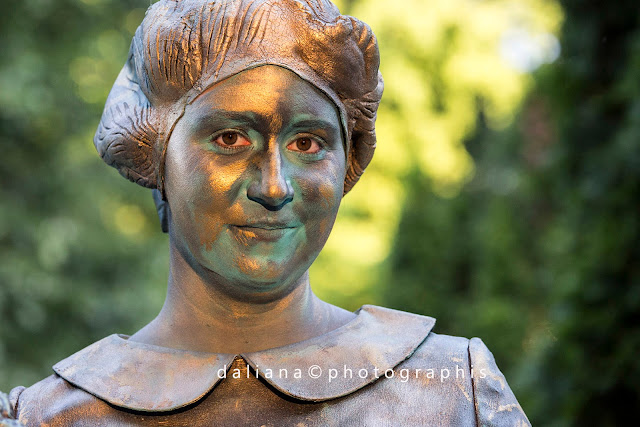 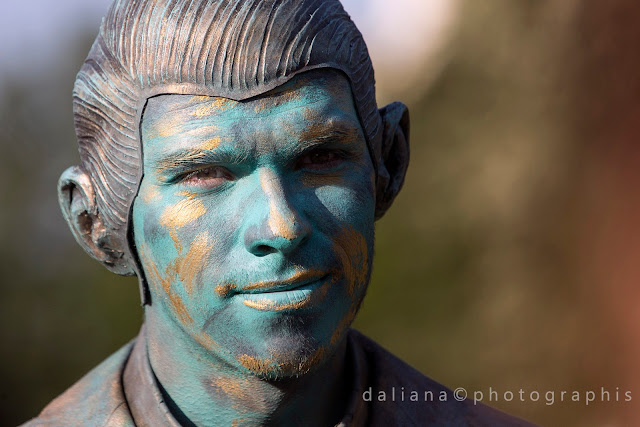 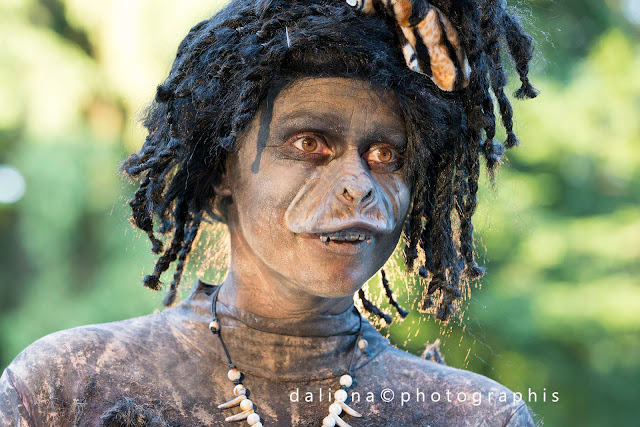 Among those arts that can be performed out in the street, that of the living statue holds a special place. Mysterious, surprising, often funny, sometimes profound,one can not go by a living statue without noticing it. And that is because it’s power to catch the eye like a magnet, to incite one to react and to meditate on the subject of human condition. One can not easily forget the image of a well composed living statue, that is for sure.  Any turist who was in Barcelona would have undoubtedly seen the human statues of La Rambla, for example. Strange is the power of the living statues if it can easily hold its place among against the works of Gaudi.

So, what IS a living statue?

Apparently the answer is quite simple. The living statue is an actor, wearing make-up and a costume as to imitate a statue, able to stand still for a long period of time, thus misleading the audience. But this would be an incomplete answer, as it disregards the art of the actor, his special training, his extraordinary ability to interact with the audience aroundand to improvise. And, maybe the most important element of all, one has to think about the joy of giving the audience a subject on which to meditate, a story to discover behind the costume and make-up, by meeting each and everyone’s own playful self.
The living statue represents the most concentrated form of street theatre, a chance for every actor to become a master of its art. There are so many interesting steps that one has to overcome in becoming a good or great actor. The living statue is a kind of abridged edition of becoming one, the signature of a great master that has reached the top of his skills.
In this regard, it is only natural for us, as an institution, to organise this festival, considering our concerns, the entire evolution of our theater, our social and cultural discourse that we assumed and the importance we gave during two decades to descovering and imposing a particular pedagogical style. The living statue thesis holds a central role in our pedagogical discourse and thw way we see it revolutionized the generally accepted view. As a matter of fact, throughout Europe we are witnessing a general shift of perspective regarding the derogatory way in which the subject has been treated. In Barcelona and Rome, the local authorities discussed about imposing professsional criteria as to limit or even prohibit the presence of amateur performers on the streets. At Arnhem, in Holland, takes place what can be regarded as the global competition in the field, an International Festival rising every year the standards that could become mandatory for the professionals of this art.
source : http://www.masca.ro/teatru/en/living-statues-international-festival/

The concept is beyond my experience in the sense of street performances. I wonder if I would notice that these "statues" are actual people as I causally walked past them without prior knowledge on a Sunday stroll ....