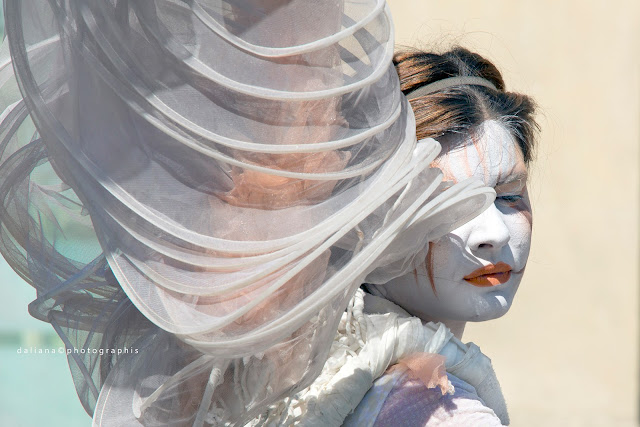 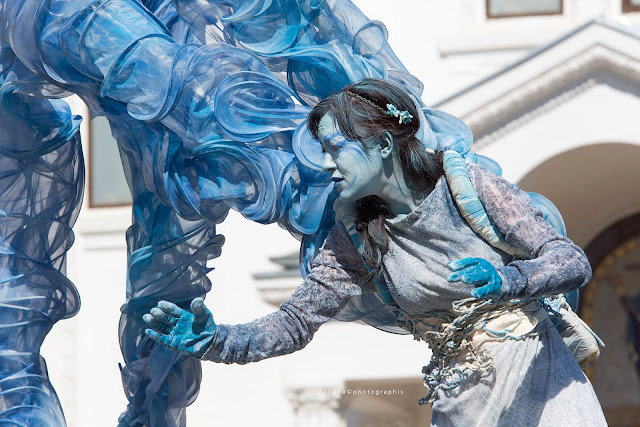 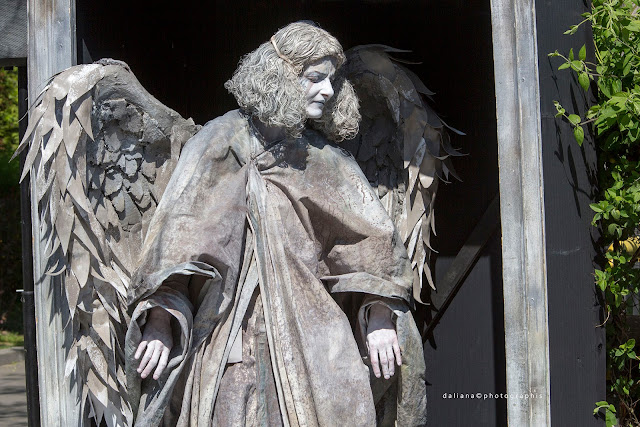 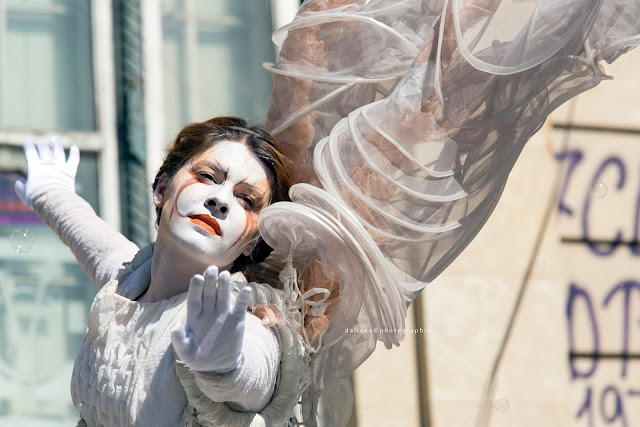 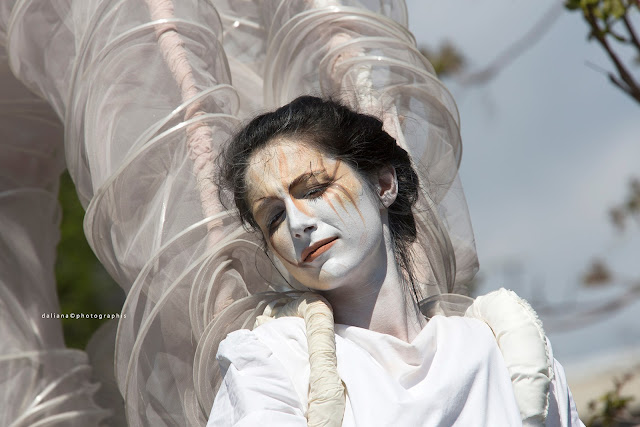 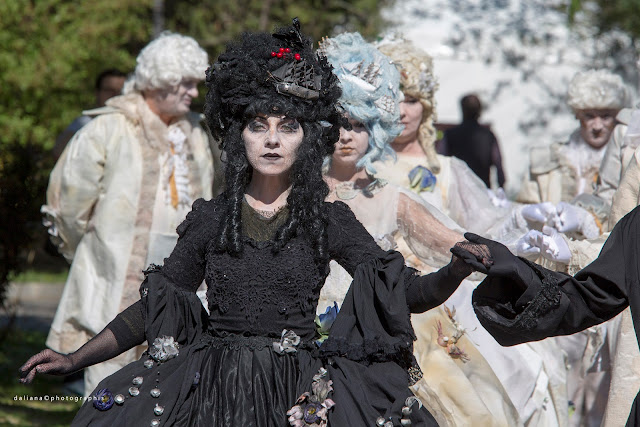 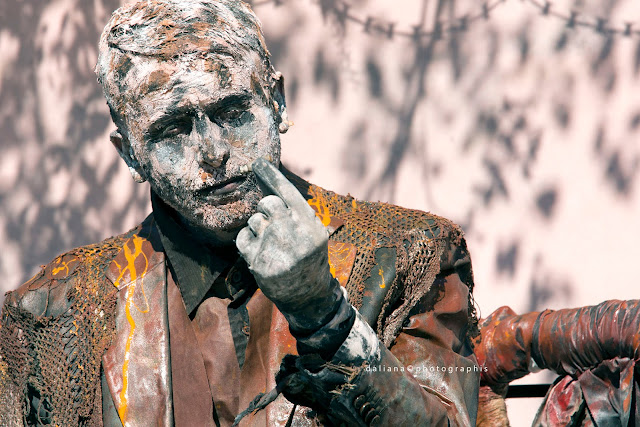 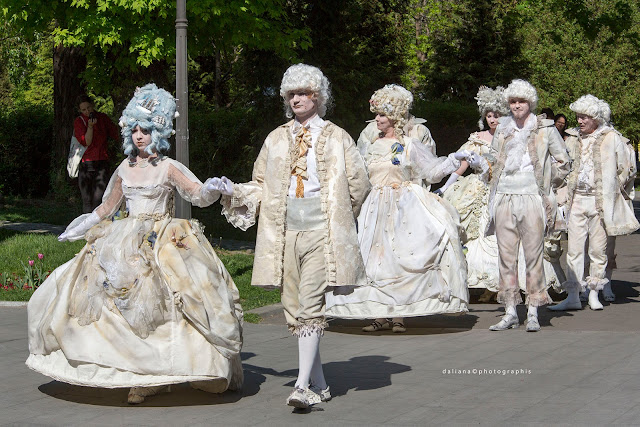 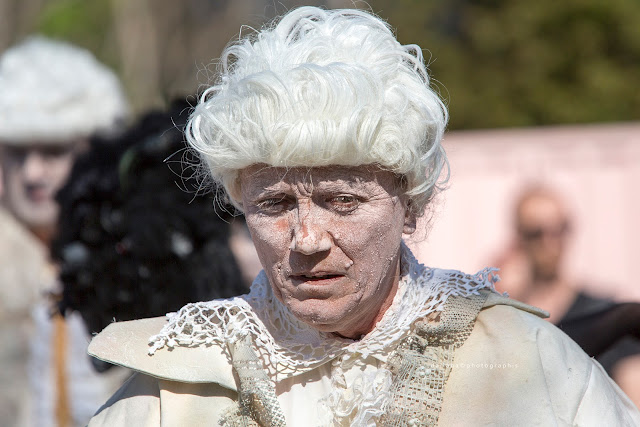 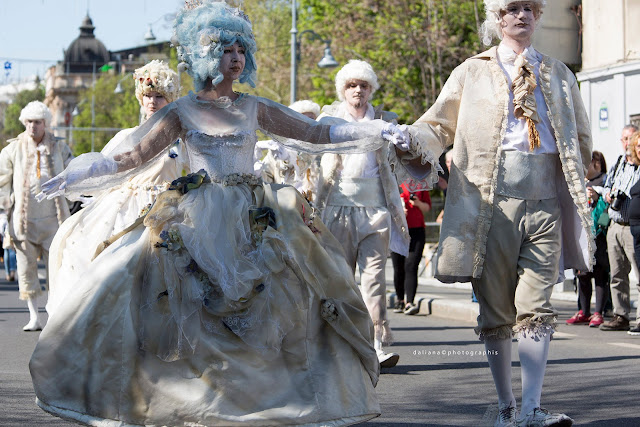 Masca Theater was established by Government Decision on May 24, 1990, and describes itself as a theater of gesture, pantomime and bodily expression, being the only theater of this kind in Romania.
A one-of-a-kind theatre in the capital of Romania, “Masca” was the first company to introduce street performances and alternative forms of theatre in Romania. ,,Masca” is constantly developing and offering its audience innovative performances rooted in Lecoque’s teachings and breakthroughs.
Since its foundation, Masca Theater evolved along two main paths:

– street theater (with performances centered around clowns, commedia dell’arte, medieval theater, large marionettes, living statues, etc.) involving performers with a vast array of means of expression: clownerie, juggling, various instruments, tap dance, pantomime, living statues, handling large marionettes (2 meter tall), dancing, singing, acrobatics, etc.
– indoor shows with an elaborate script, inspired by great authors of world literature (N. V. Gogol, G. G. Marquez, E. Briusov, J. L. Borjes, W. Shakespeare), which are closely related in style to dance theater, with very little or no dialogue, the actor being the focal point of the shows, the unique keeper of the mystery of theater
Ever since its establishment, Masca Theater unequivocally assumed a cultural and social vocation that was defined by performances and events organized after having identified the needs of culturally-isolated groups or groups within poor communities, by projects addressed to families and projects that bring performing arts to the people, alternative theater performed in unconventional spaces. In addition, Masca Theater is part of the European artistic movement, being a member of the international network for contemporary performing arts – IETM.
The cultural context and the features of the cultural offering
From a cultural perspective, the activities of Masca Theater address the needs of a community with very diverse cultural expectations, providing cultural services that are conceptually creative and professionally comprehensive and competitive.
From an educational perspective, training its own audience involved:
• familiarizing the audience with the non-verbal style
• familiarizing the audience with the theatrical presentation of major topics in the field of theater (commedia dell’arte, the musical, dance theater, the clown, pantomime blanche, living statues, large marionettes, cabaret, black light theater, etc.)
• involvement in shows with an important social aspect


The one who had the initiative to establish such a theatre, at a time a whole new world was being born, was actor and director Mihai Malaimare. Recollecting those initial moments back in 1990, Malaimare will be speaking about how he got the idea of founding such a theatre:

“I think there are a few things lying at the foundation of this theatre but one of them was the feeling of loneliness I had while roaming the streets of Bucharest on December the 21st 1989. I had a clear feeling that a world was dying and a new one struggled to surface and somehow I got stuck between. That was my first thorough analysis, when I realized that theatre was the only thing I knew how to make. As in the past I had tried to propose those from the UTC, the Young Communists Union the foundation of a Youth Theatre, I told myself that was the right time for the birth of such a theatre, all the more so I had some ideas on how to make it.”

The team which worked with Malaimare at the implementation of such a project included director Anca Dana Florea and two actors from Braila, eastern Romania, Anamaria Paslaru and Sorin Dinculescu. They cooperated in structuring the esthetic programme, which was that of an alternative theatre of non-verbal discourse. A disciple of French mime Jean Lecoq, Mihai Malaimare is not only the initiator of a movement unique in Romania, that of a pantomime movement, but also the creator of a special troupe of selected actors who honed their skills to perfection. Here is critic Marina Constantinescu:

“All the professional actors of the Masca Theare have been attending special courses which are no longer taught in school, I mean pantomime courses. Of course they are privileged to work with Malaimare, who had professionally studied this art with Lecoq, an extremely gifted mime. They have attended stilt walking courses, fencing courses…Practically these actors are the ones who leave the theatre premises in an attempt to reach for the public, and the impact is tremendous.”

At the beginning of a new year Malaimare shares with us some of the important projects for the theatre he is currently leading:
“2008 will be one of the three years during which I will not be director of the Masca theatre but its manager. This year I intend to raise the number of people visiting our webpage to at least 100 per day. I also intend to win an award in an international festival and to participate in at least three international and two national festivals…I would like to launch a new project called ‘A Young Actor’s Mask’ and stage a pantomimic version of Hamlet.”

Director Malaimare believes that a theatre must get socially involved and for this reason, the Masca Theatre comes with a series of social-cultural projects mainly addressing the audience in the Militari district, in Bucharest, where the theatre has its premises. Here is project coordinator Stefan Livadaru with details about some of the projects:

“The Masca Festival, includes not only theatre shows, but also music, interactive moments devoted to people of various ages, ranging from little kids to pensioners. We’ll continue to mount our traditional project ‘Halloween at the Masca Theatre’, which is going to be a mini spook show for some of our younger spectators. Another successful project, in its 11th edition, is ‘The Toy Fair’, during which the little ones can donate the toys they are no longer playing with to needy kids. We’ll also continue another of our projects, entitled ‘Cinemasca’, with many good films on view mainly for the young people in our district. Of course they can watch these films free of charge.
One of the most complex projects of the Masca Theatre is the ‘City Below the City’, staged in Bucharest’s underground stations. Since 2003, these stations have housed nearly 500 shows, ranging from picture and photo exhibitions to dance and theatre shows."

All these shows have had a positive impact on its audience. Here is Malaimare again:
“Masca was a theatre which struggled to exist, first to have its own premises and then to survive as a theatre, an alternative solution to the already existing companies. We won our first audiences with shows held in alternative spaces, in parks, in the street, on esplanades and later in underground stations. So we have an audience of our own, people who recognize us and enjoy our shows. But when we started playing indoor, when we replaced non-verbal street shows with spoken plays we had to find another audience."
source : http://old.rri.ro/arh-art.shtml?lang=1&sec=13&art=8520

After first glance at the photographs, this seemed reminiscent of the Venice carnival, and, I guess in a way it is .... but, after reading the dialogue, the uniqueness of the activity became evident. The theater certainly is an arena for imagination and exploration. By the way, the woman in the first, fifth and sixth photographs is particularly attractive to my eyes ....